This Weekend: ‘Magic in the Mountains’ Movie Premiere 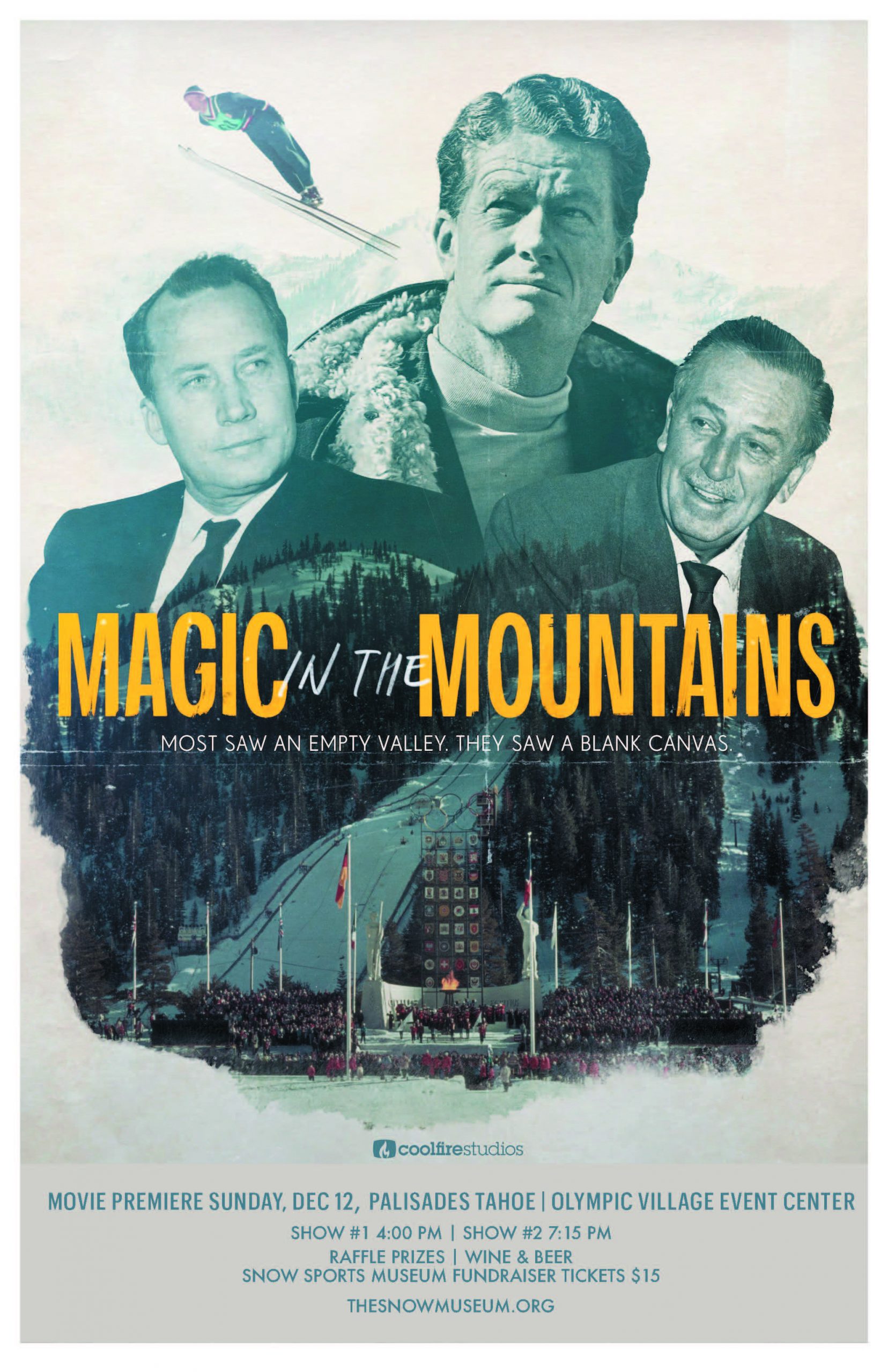 In keeping with the mission of the SNOW Sports Museum and in partnership with Palisades Tahoe, please join us for the Northern California premiere of the historical documentary, Magic in the Mountains, which tells the remarkable underdog story of how Squaw Valley, a little-known ski area in the Sierra Nevada, won the bid for the 1960 Winter Olympic Games and, with the help of Walt Disney, changed forever the ways in which the games were presented.

This documentary features never-before-seen archival footage from the 1960 Olympic Winter Games and revealing interviews with participating athletes and attendees. Many familiar Tahoe faces and voices inhabit the film and bring the story to life, including but not limited to SNOW Sports Museum founders David Antonucci, Eddy and Osvaldo Ancinas, and Olympian Starr Walton Hurley.

The 1960 Winter Games introduced a substantial array of “firsts,” including such innovations as live broadcast, instant replay, sponsorships, and an official Olympic Village for the athletes. Perhaps most importantly, thanks to Disney’s involvement in producing the Games, Squaw Valley featured an unprecedented—but soon to be standard—level of pageantry for the opening and closing ceremonies.

Magic In the Mountains, produced by Coolfire Productions, will be presented in two showings on Sunday, December 12th, at Olympic Valley Lodge at Palisades Tahoe. Our host and ambassador, Johnny Moseley, will be the emcee for this event so don’t miss out! And – after each show we will host a Panel Q/A – Ask our historians!

For tickets, go to Eventbrite.

All proceeds go to the SNOW Sports Museum Foundation.

As part of our 2021 goals, we will be increasing our communication to everyone as we have more stories to share and projects in the works. Please follow us on Facebook and Instagram to see our weekly posts about iconic Tahoe athletes and the historical artifacts we have collected for the museum.

Thank you from the SNOW Sports Museum Team!

The SNOW Sports Museum (dba SVSMF) is a 501(c)(3) not-for-profit organization. The foundation mission and objectives are to build a world class museum to offer cultural, historical and educational opportunities for people of all ages and abilities, especially youth. All purchases and donations support these efforts. Rights Reserved, SVSMF.