The Masterminds – Bringing the Olympic Winter Games to Squaw Valley 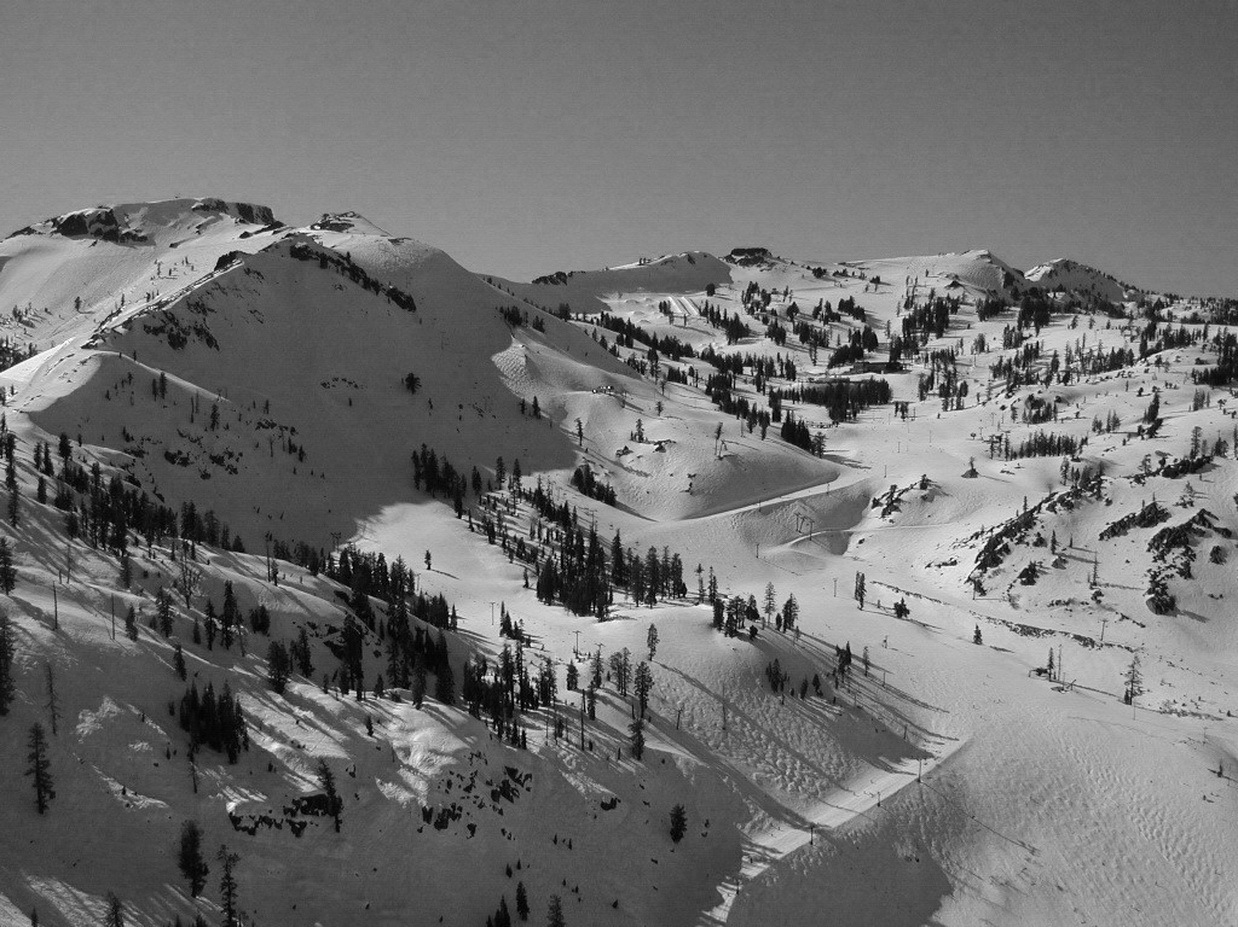 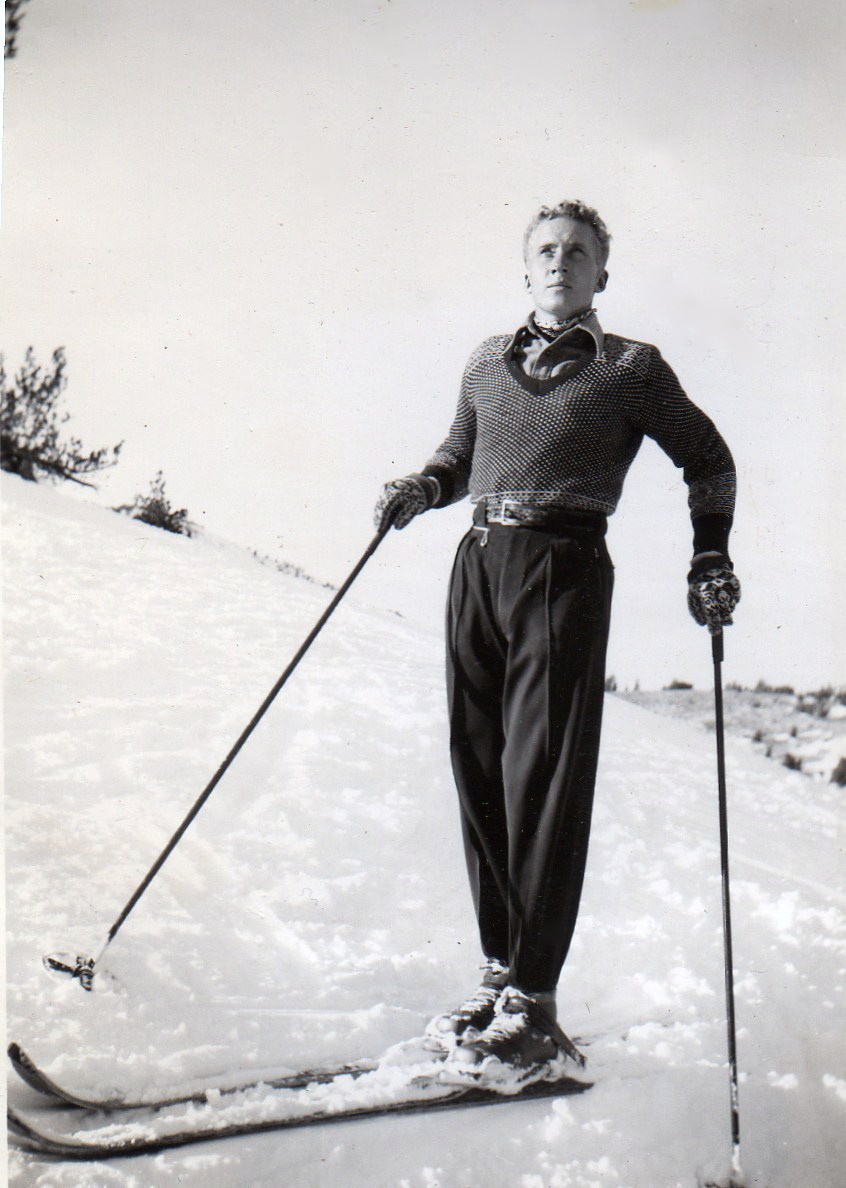 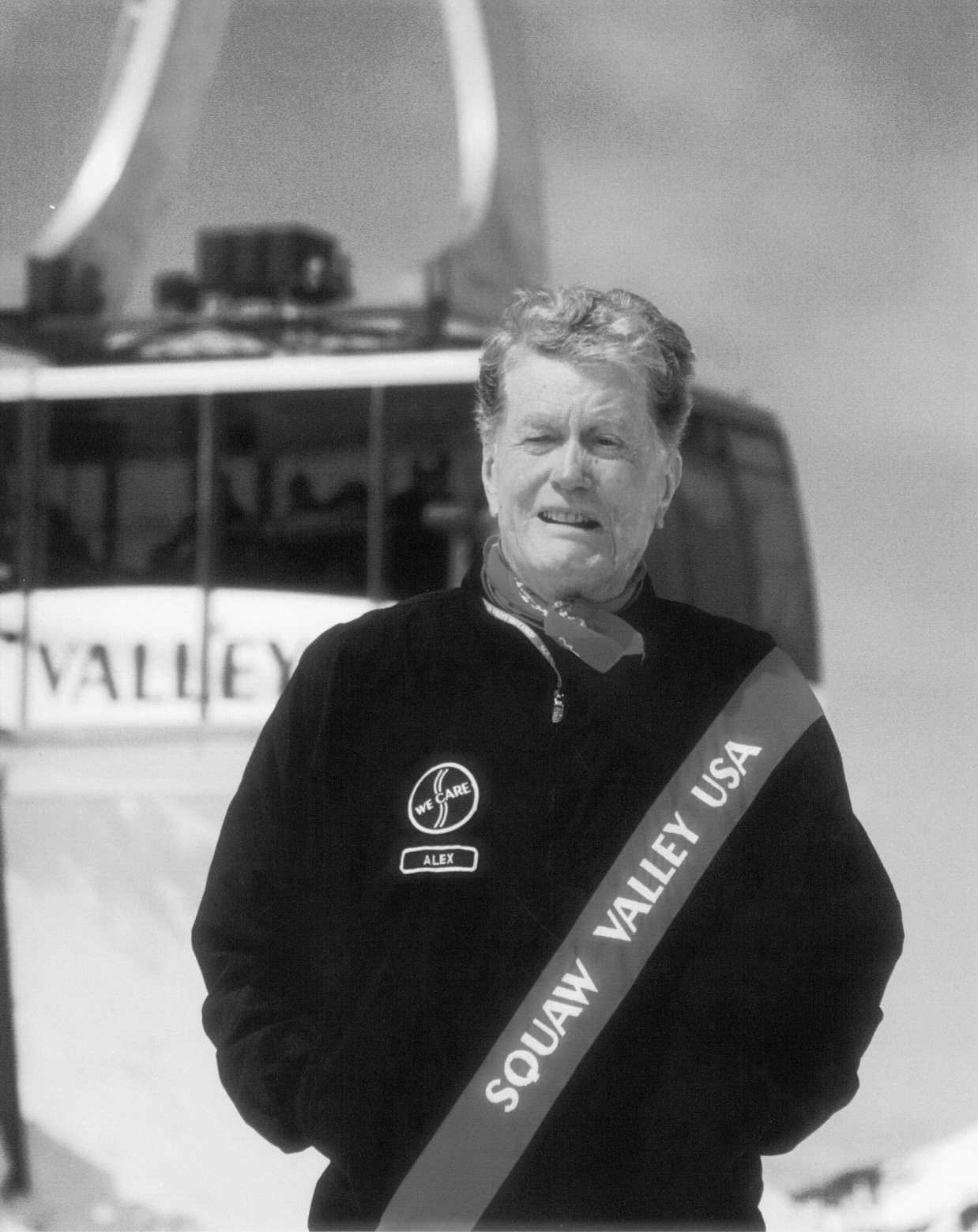 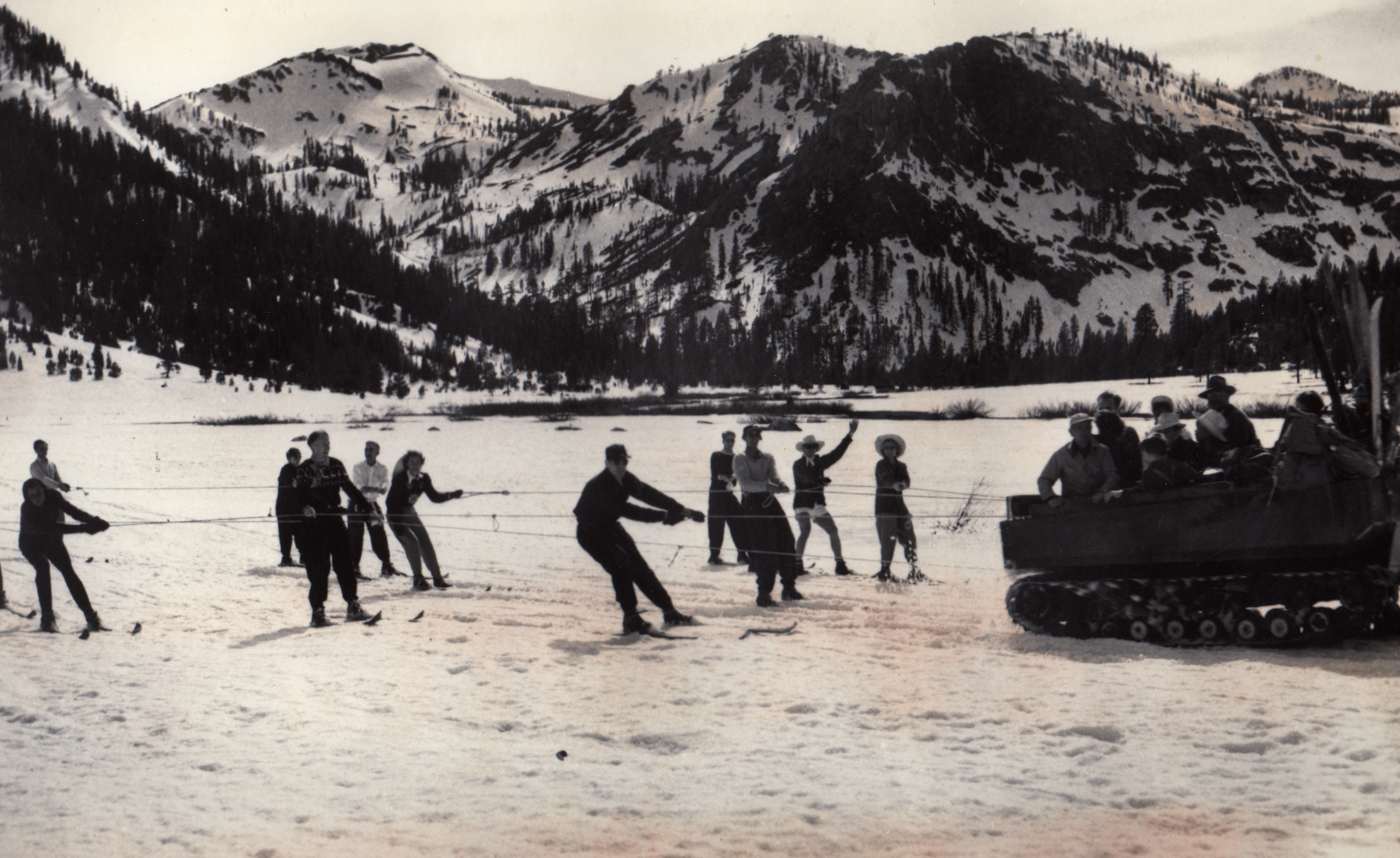 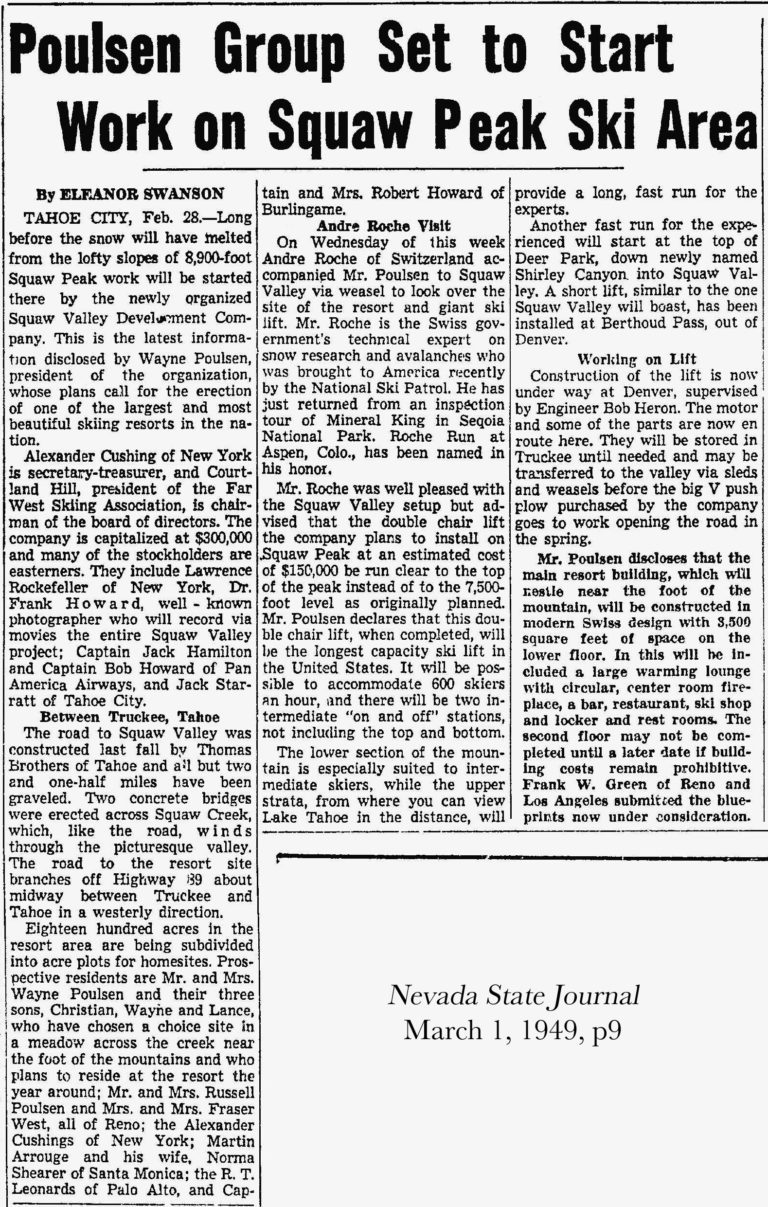 04 – Alex Cushing and a group of investors get a tow up the mountain on the back of the Reindeer Clipper. Courtesy Poulsen Family Collection.

The story of the 1960 Olympic Winter Games is the saga of the highly improbable that became the wildly successful. In the first half of the 20th century and leading up to the Squaw Valley and Lake Tahoe Winter Games, winter sports had seen increasing worldwide popularity. The idea of holding the Olympic Winter Games at Squaw Valley began as a marketing ploy with no real chance to succeed—though, to be fair, North Lake Tahoe had been (and still is) a winter sports destination since the early 20th century, and it had long harbored Olympic dreams. An earlier bid, led by the Tahoe Tavern Hotel owners, had been submitted to host the 1932 Olympic Winter Games, which were eventually awarded to Lake Placid, N.Y.

Squaw Valley may never have become a setting worthy of hosting the Winter Games had it not been for the vision of Wayne Poulsen, an accomplished all-around skier from Reno, Nevada, who spent a month in 1931 camped in the valley with a friend whose father tended flocks of sheep there. Squaw Valley had traditionally been an idyllic retreat and seasonal range for cattle and sheep in the first half of the 20th century, but the visionary Poulsen saw the potential for a ski resort in the tradition of the European mountain resorts and began buying up land in the valley.

Always a dreamer, Poulsen would share his captivating vision of a Squaw Valley ski resort with anyone who would listen. This turned out to be a fortuitous habit, because it would eventually lead to a chance meeting with Alexander Cushing, a Harvard-educated lawyer from a privileged East Coast family who would help set the wheels in motion to realize Poulsen’s dream.

Like Poulsen, Cushing was a dreamer. An avid skier, he made a trip out west in 1946 with Poulsen to find the snow that had skipped the Eastern Resorts that year. While skiing at Sugar Bowl near Donner Summit, Cushing overheard Poulsen talking about Squaw Valley and his dream resort. Intrigued, Cushing accompanied Poulsen to scout Squaw Valley, and the two men later agreed to form a partnership that would launch a ski resort. Poulsen had the land and technical expertise, and Cushing raised and contributed the needed capital.

But Cushing’s dream did not stop there. In the midst of bootstrapping up a ski area and recovering from disaster (the main lodge burned in the fifth year of operation), Cushing had a bold idea. He had recently learned that nearby Reno, Nevada had put in a bid to secure the 1960 Olympic Winter Games, and he mused that surely a superior Squaw Valley could submit a credible bid and, in the process, gain wider public attention, even if the gambit ultimately failed.

Little did Cushing know that, far from failing, the gambit would win the bid for the Olympics, and that first scouting trip in the winter of 1946 would culminate in an historical Olympic Winter Games that forever changed the Lake Tahoe-Reno region and brought forth a completely new economy.