The Bid – An Olympic Upset 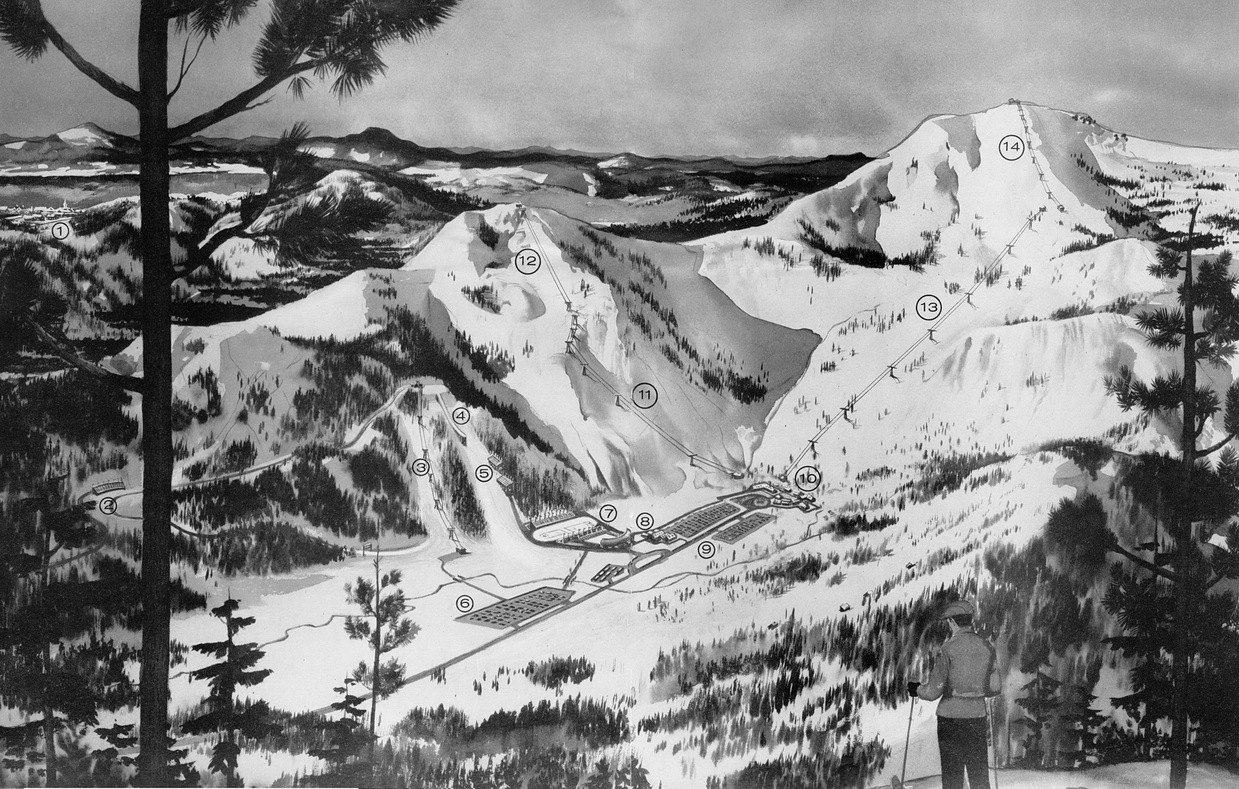 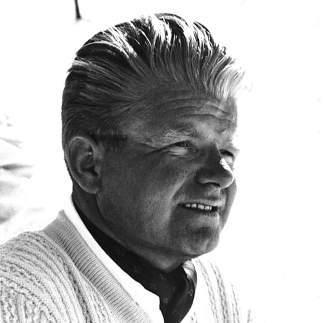 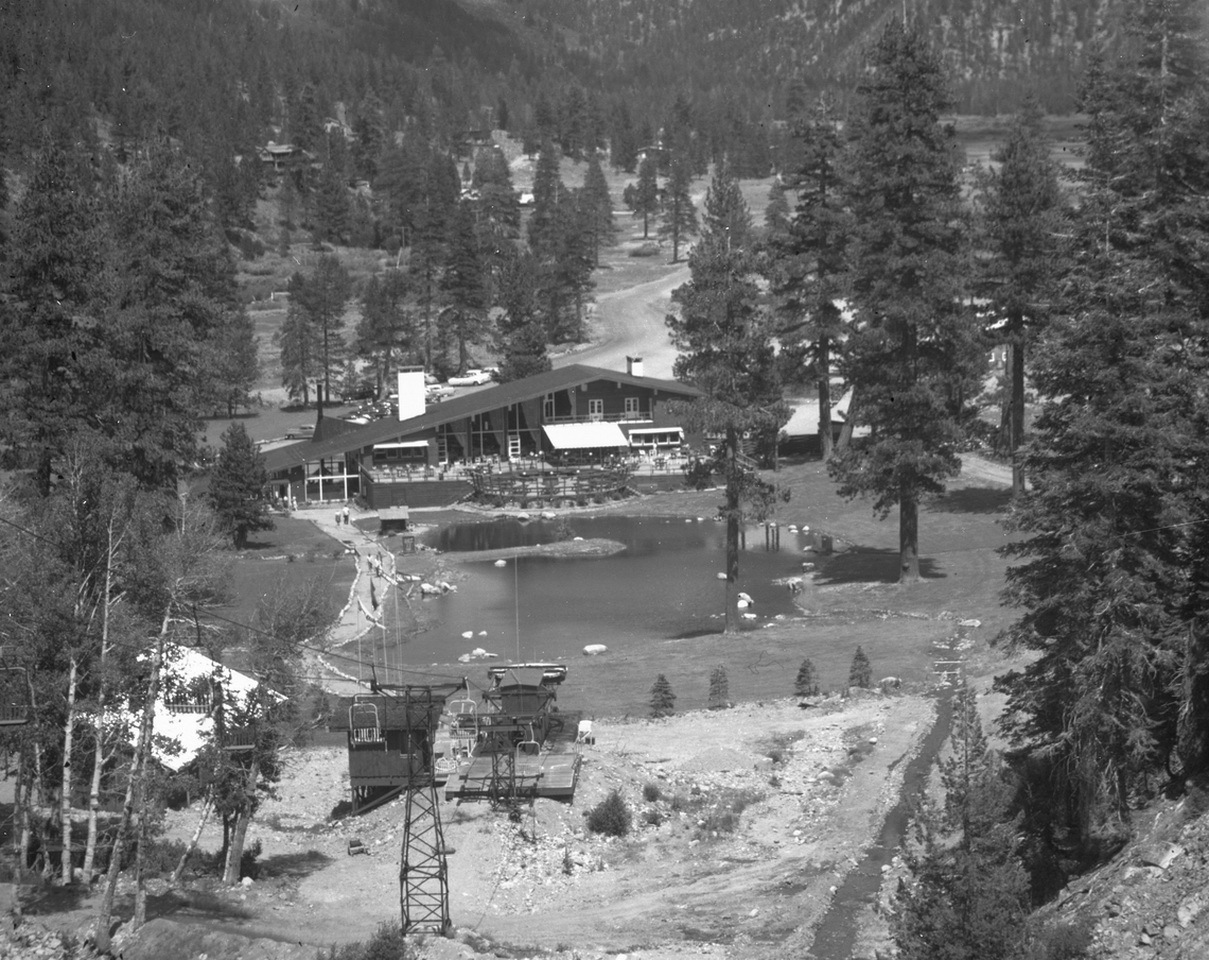 Reno had done it; why couldn’t Squaw Valley? That was the question Alexander Cushing asked himself one day in 1954 as he carefully scanned the morning paper and discovered that nearby Reno, Nevada had bid to secure the 1960 Olympic Winter Games. The ski resort he and Wayne Poulsen had started in Squaw Valley in 1949 had been up and running for five years, and though the resort was small, Cushing believed that the superiority of Squaw Valley warranted a bid, and if nothing else, the effort would garner wider public attention for the resort.

His first step was to consult his ski school director, Joseph “Jo” Marillac. An expert skier, mountaineer, and French Resistance hero, Marillac had come to the United States to participate in the fledgling postwar alpine skiing industry in the West. Marillac assured Cushing that Squaw Valley had the terrain to meet the competitive requirements of the Winter Games, and he would later play a key role in closing the deal to host the Winter Olympics.

Cushing started spreading the word about his proposal. He recruited San Francisco Examiner sports editor Curly Grieves to legitimize Squaw Valley’s bid with a top page headline. Cushing even succeeded in securing support from California Governor Goodwin Knight, who, entranced by the idea of a Winter Olympics in his home state, agreed to submit a $1 million budget request. Assemblyman Harold T. “Bizz” Johnson introduced the governor’s budget request in 1955, and Cushing’s crazy idea suddenly began to look like a real possibility.

The next hurdle was to secure endorsement from the United States Olympic Committee, which Cushing did at a meeting of the Special Sites Committee of the USOC in New York on January 7, 1955. Cushing attributed the committee’s decision to endorse Squaw Valley to the “idea of a California valley with an annual snowfall of 450 inches, and a downhill event with areas that had never even been schussed successfully.”

After New York, Cushing took his bid to the big leagues in Paris, France, where he would face the competing European venues at the International Olympic Committee the following June. The Squaw Valley bid was not without its detractors and naysayers. International public opinion at the time could perhaps be summed up best in the words of IOC president Avery Brundage, who described the proposed site as nothing more than “picnic grounds” and declared that “the USOC obviously has taken leave of their senses.” Even John J. Garland, the U.S. Delegate to the IOC, admonished Cushing, saying, “I think you are on a wild goose chase. Innsbruck has the 1960 bid locked up.”

He was referring to Innsbruck, Austria, the much-favored site for the 1960 Winter Games. Cushing knew he would also face off against the legendary European winter sports centers of Garmisch-Partenkirchen, Germany, site of the 1936 Winter Games, and St. Moritz, Switzerland, host to both the 1928 and 1948 Winter Games. But Cushing was a man known for getting things done with single-minded determination, and the discouraging words and the seemingly impossible goal fired him up even more.

He wasn’t alone. The USOC endorsement evoked a groundswell of support throughout the country. Cushing heard words of encouragement and excitement from all quarters. Everyone was excited about the prospect of a Winter Games hosted by the United States.

Reinforced by influential friends and luminaries and buttressed by the credibility of Jo Marillac, Cushing mounted a formidable international political and public relations campaign built around the idea of a return to Olympic ideals and a more Spartan approach compared to traditional European luxury resorts. Cushing’s bid proposal asked the IOC to consider the needs of continents rather than communities, pointing out that western North America had never hosted a Winter Olympics.

Appealing to the many who decried the ever-increasing politicizing and commercialization of the Olympics, Cushing visualized an economical and modest Olympics with all venues and amenities compactly located in Squaw Valley. He proposed that Squaw Valley would renew the Olympic ideal in the hearts of athletes “by offering them a natural meeting place of privacy and dignity.” He even went so far as to have a scale model of the valley constructed and displayed at the American Embassy, and he escorted delegates to view the model and showcase the unique features of the site.

Squaw Valley had much to prove. It not only had to document its technical worthiness, but it also needed to overcome the long-standing and carefully cultivated California image of beaches, palm trees, and perennial summer-like weather. To counter this perception, Cushing mentioned (and mentioned often) the figure of 450 inches of total annual snowfall.

In the first round of voting at the Paris IOC meeting in June 1955, Squaw Valley emerged as an early victor, receiving the most votes, with Innsbruck in second place. A second secret vote had the two contenders tied at 31-31. When the IOC met two days later to make its final choice, Squaw Valley emerged with a slender 32-30 victory over a stunned Innsbruck. Cushing’s final appeal that “the Olympics belongs to the world, not just one continent,” and Marillac’s overnight lobbying, must have resonated with one key IOC member.

By all appearances, Cushing had succeeded in doing the impossible thing: Squaw Valley had won the bid to host the 1960 Olympic Winter Games. In truth, Cushing still had some formidable kinks to work out. The vote was contingent on demonstration of substantial progress over the next six months in transforming the “picnic grounds” into a site with facilities that could support a worldwide athletic event. Squaw Valley would not firmly cement its place in Olympic history until a final approval vote by the IOC the following January. Once confirmed, organizers would take on the monumental task of planning and constructing world-class athletic facilities and support infrastructure from the ground up in a largely undeveloped mountain valley.

Even so, as news of the upset victory quickly spread worldwide, enthusiasm surged in the United States, while former opponents jumped on board to ensure the success of the event.

This victory was Squaw Valley’s—and the United States’—chance to show the world what it was made of.