Continuing a long and distinguished Sierra tradition of skiing excellence, the SNOW Sports Museum salutes the athletes from the Truckee-Tahoe region who were nominated by U.S. Ski & Snowboard for the 2020-2021 Team.

Joining the ranks of past Sierra-based World Cup competitors such as Spider Sabich, Daren Ralves, Julia Mancuso, and the SNOW Sports Museum’s own Board Advisor Tamara McKinney, these athletes will compete against an international field during the current season, which began in October in Soelden, Austria.

During the truncated 2019-2020 season Bennett, a downhill specialist, was ranked 16th in the world in that discipline. Ganong, who competed in the Olympic Winter Games 2014 Sochi, has 25 career top-ten World Cup finishes. Rising star Cashman finished first in the 2020 NorAm Cup, and Hurt boasts two national titles: one each in alpine combined and giant slalom.

Of course, Alpine ski racing isn’t the only game in the Sierra Nevada region. Some of our athletes also excel at one of the oldest Olympic winter sports—Nordic ski racing—and some of the newest—Freeski and Snowboarding. Joining our Alpine racers on the US Ski & Snowboard teams are South Lake’s Jamie Anderson, a two-time Olympic Gold Medalist, who leads the Snowboard Pro Slopestyle Team, while Truckee’s Toby Miller was nominated to the U.S. Snowboard Pro Halfpipe team. Reno’s David Wise, a two-time Olympic Gold Medalist, is back on the Freeski Pro Halfpipe team, and Truckee’s Cody LaPlante is nominated to the Freeski Pro Slopestyle team. Representing the Old School of Olympic sports, Tahoe City’s JC Schoonmaker, an NCAA All-American racer, joins the Davis U.S. Cross Country National Team’s “D” program. The SNOW Sports Museum salutes all of our world-class competitors and looks forward to following their progress throughout the season.

Tamara McKinney, a member of the SNOW Sports Museum Advisory Board, was the first U.S. woman skier to win the World Cup Overall Championship. In addition to that landmark triumph in 1983, McKinney won 18 World Cup races during her stellar career. 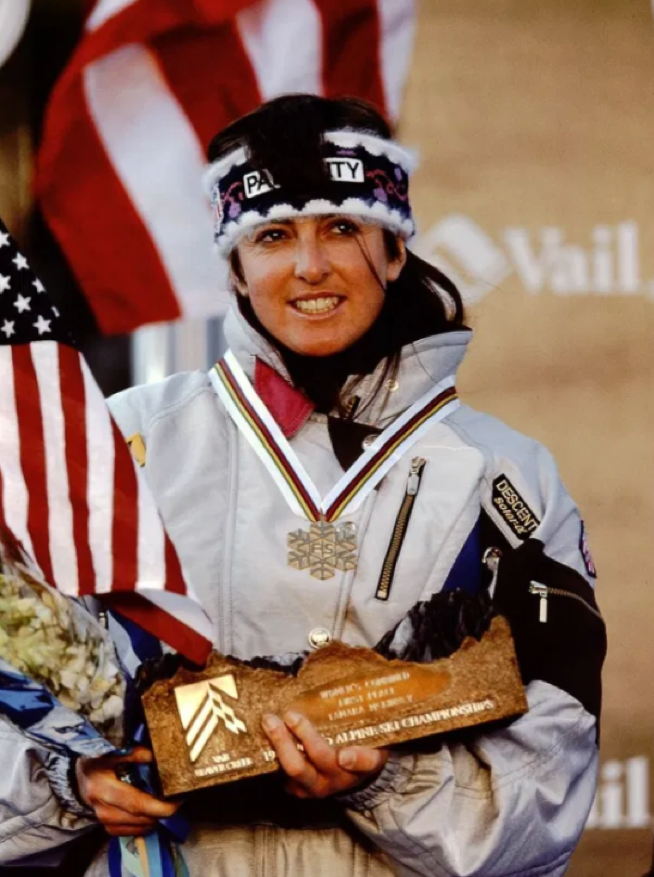