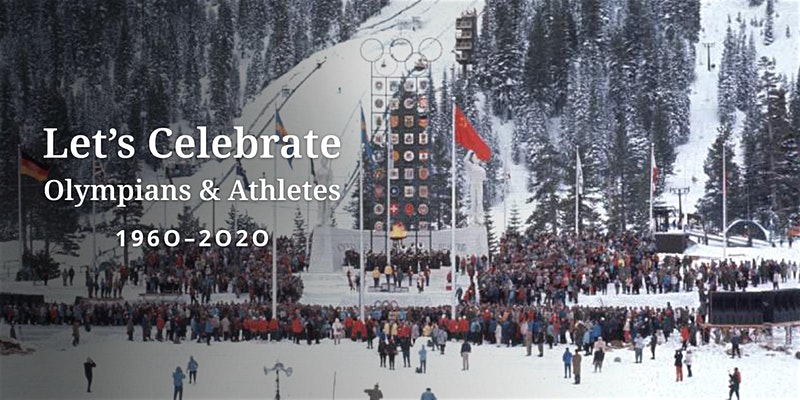 After careful assessment of the evolving coronavirus mitigation protocols from the Placer County Health Department and the Centers for Disease Control and Prevention, we have decided to postpone the March 14th 60th Anniversary event. We intend to hold a similar event later in the year.

We appreciateyour understanding and value your interest in this museum project.We will be in touch with upcoming museum and Olympic events, and we appreciate your continued support for the future S.N.O.W. Sports Museum.

The Olympian Panel is open to the public and catered toward the Squaw/Alpine Teams and families to join us to celebrate the 60th Anniversary of the 1960 Winter Olympics.

As part of the ongoing celebration of the 60th anniversary of the VIII Olympic Winter Games, the Squaw Valley Ski Museum Foundation and Project SNOW will present a panel of Tahoe Olympians to discuss their winter games experiences and answer questions about what it’s like to compete as Olympic athletes.

Olympians/Athletes on the panel include:

This event, designed to inspire and encourage the young athletes of the Squaw/Alpine ski racing and development teams and their families, will take place at the Olympic Valley Lodge in Squaw Valley from 2:30 p.m. to 5:00 p.m. on Saturday March 14th. It’s free and open to the public and the media.

“One of the primary missions of Project SNOW will be to educate and inspire our young Tahoe athletes,” says Executive Director Jill Short Milne. “We are excited to give them the opportunity to interact with and learn from our past and current Tahoe-based Olympic athletes. Who knows? It’s possible that some of our future Olympic competitors will be in that room!”

Attendees can purchase raffle tickets for a variety of prizes including a pair of Head Skis, bigtruck hats, Tahoe lodging packages, and gear from local ski shops.

About Project SNOW and the Squaw Valley Ski Museum Foundation:

The idea to build a museum of Sierra Ski History and the 1960 Winter Olympic Games has been in the hearts and minds of the skiing community for many decades, so when members of the Tahoe-Truckee community joined together to pursue this goal, they established a Non-Profit 501 (c)(3) Foundation and began to look for a site where the stories and events from more than 100 years of ski history could be displayed in a modern facility. At present, Placer County is working closely with the SVSMF to complete formal studies that would allow for the new museum to be built in Squaw Valley Park near Highway 89.