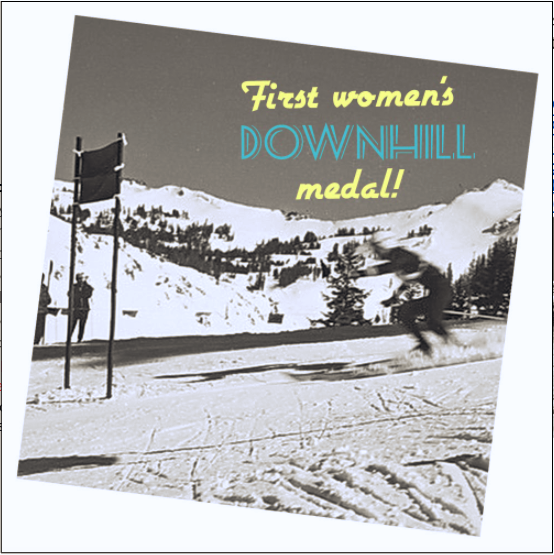 Penny Pitou first started skiing at age four, and by the time she was eight, she was racing the boys she grew up with and beating them. As a high school freshman, she ignored the no-girls-allowed rule, tried out for the boys’ ski team, and made it.

At age 16, Pitou won the slalom, downhill, and alpine combined championships at the Junior Alpine Championships in Montana. The following year, she made the U.S. Olympic Ski Team but did not race well in the Olympic Winter Games Cortina d’Ampezzo 1956. After the Olympics, Pitou decided to stay in Europe and refine her skiing skills.

Her efforts paid off, and four years later at the Olympic Winter Games Squaw Valley 1960, she took home silver medals in the downhill and giant slalom events.

After her Olympic wins, Pitou became a ski coach and founded two ski schools. To this day, she personally leads guided ski tours across Europe. She was elected to the U.S. National Ski Hall of Fame and the New England Women’s Sports Hall of Fame.