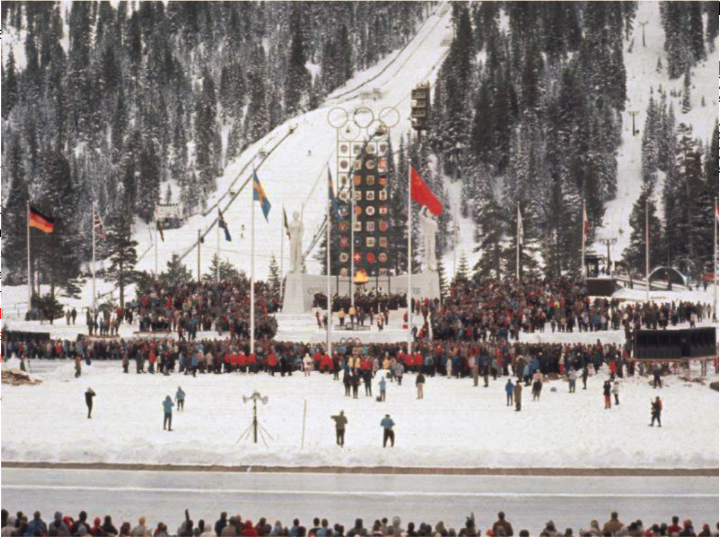 In addition to many other firsts, it was also the first Olympic Games to be nationally televised, catapulting the Olympics from an in-person spectator or radio broadcast event to a visual medium that could reach hundreds of millions of viewers.

CBS obtained the exclusive airing rights for $50,000 with Walter Cronkite as the head news anchor. Cameras lined the Opening Ceremony, and sports reporters headed to Squaw Valley to conduct event play-by-plays and host live interviews with medalists and dignitaries.

When Olympic officials were unsure if a skier had missed a gate, they asked CBS if they could review the videotape footage, and almost by accident, the technique known today as the “instant replay” was born.

The remarkable strides in television that took place at the Olympic Winter Games Squaw Valley 1960 revolutionized the way the world comes together to watch athletes perform.