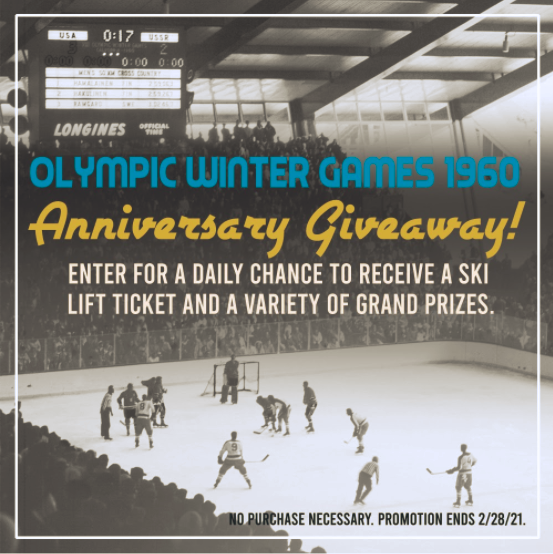 Nobody expected much from the U.S. Men’s Ice Hockey team at the Olympic Winter Games Squaw Valley 1960, especially given that the team was comprised of a few minor league players along with an insurance salesman, a couple of carpenters, and a fireman.

Despite support from a fervent home fan base, not many believed the American underdogs had any real chance of winning, especially when squaring up against hockey giants like the USSR, Sweden, Czechoslovakia, and Canada.

However, in front of a packed crowd inside Blyth Arena and with millions more watching on TV, the U.S. Men’s Ice Hockey Team proved everybody wrong.

The U.S. beat Russia in the semifinals before facing off against Czechoslovakia in the finals. They were trailing 4-3 entering the third period and they were clearly fatigued. However, the U.S. team rallied and pulled off a stunning 9-4 last-minute victory.

In one of the biggest surprise upsets in hockey history, the 1960 U.S. Men’s Ice Hockey Team won its first-ever gold medal and became hockey legends.