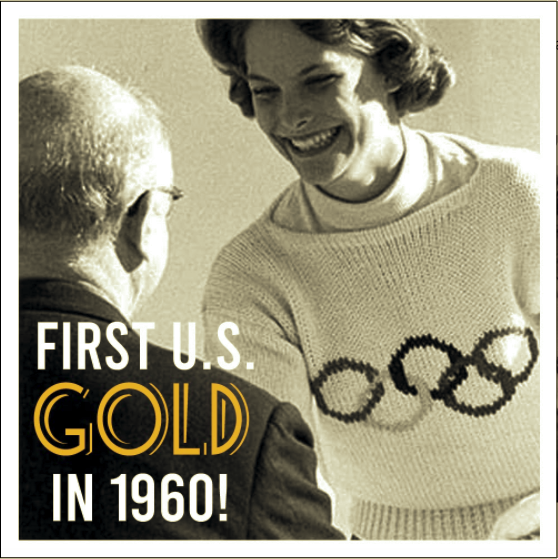 Carol Heiss was already a star on the international figure skating scene by the time she was a teenager. She was the first female figure skater ever to land a double axel jump at the age of 13 and went on to win five straight World Championship titles between 1956 and 1960.