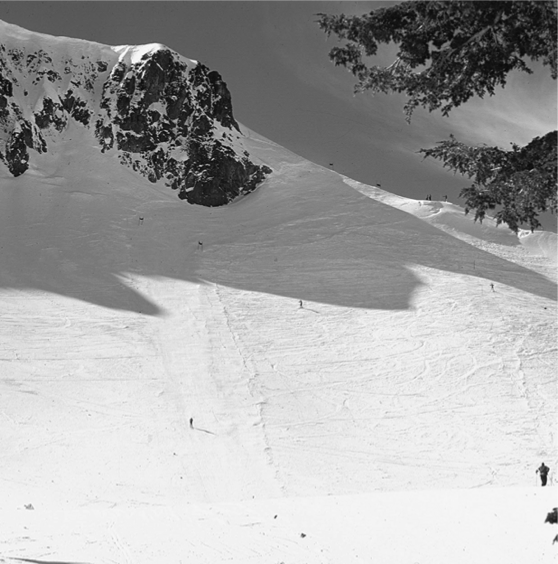 Start of the Mens Downhill at the Palisades
Photo (c) Bill Briner, used with permission

When it comes to Olympic ski racing, alpine skiing is one of the most popular events—and one of the most dangerous. Steep slopes, narrow runs, and icy conditions make alpine ski terrain potentially hazardous. Throw in racing speeds of up to 95mph, and it’s easy to see why the International Ski Federation reports that nearly one third of all competitive skiers suffer at least one serious injury during the winter season.

One of the sport’s most dangerous ski runs is located at Squaw Valley, host of the Winter Olympics Games Squaw Valley 1960. The fabled Fingers sits on KT-22 and consists of a sheer outcropping of rock that plunges into a nearly vertical drop.