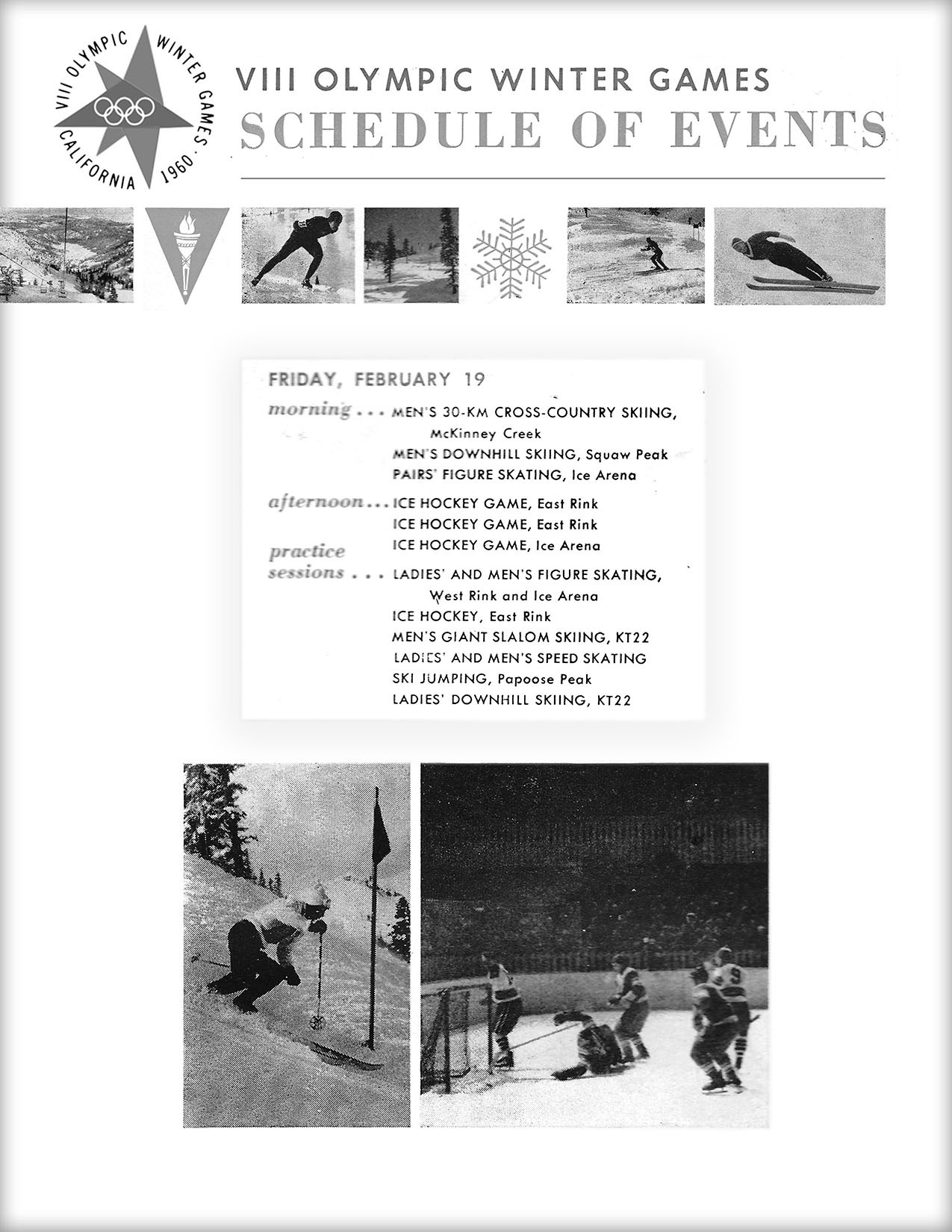 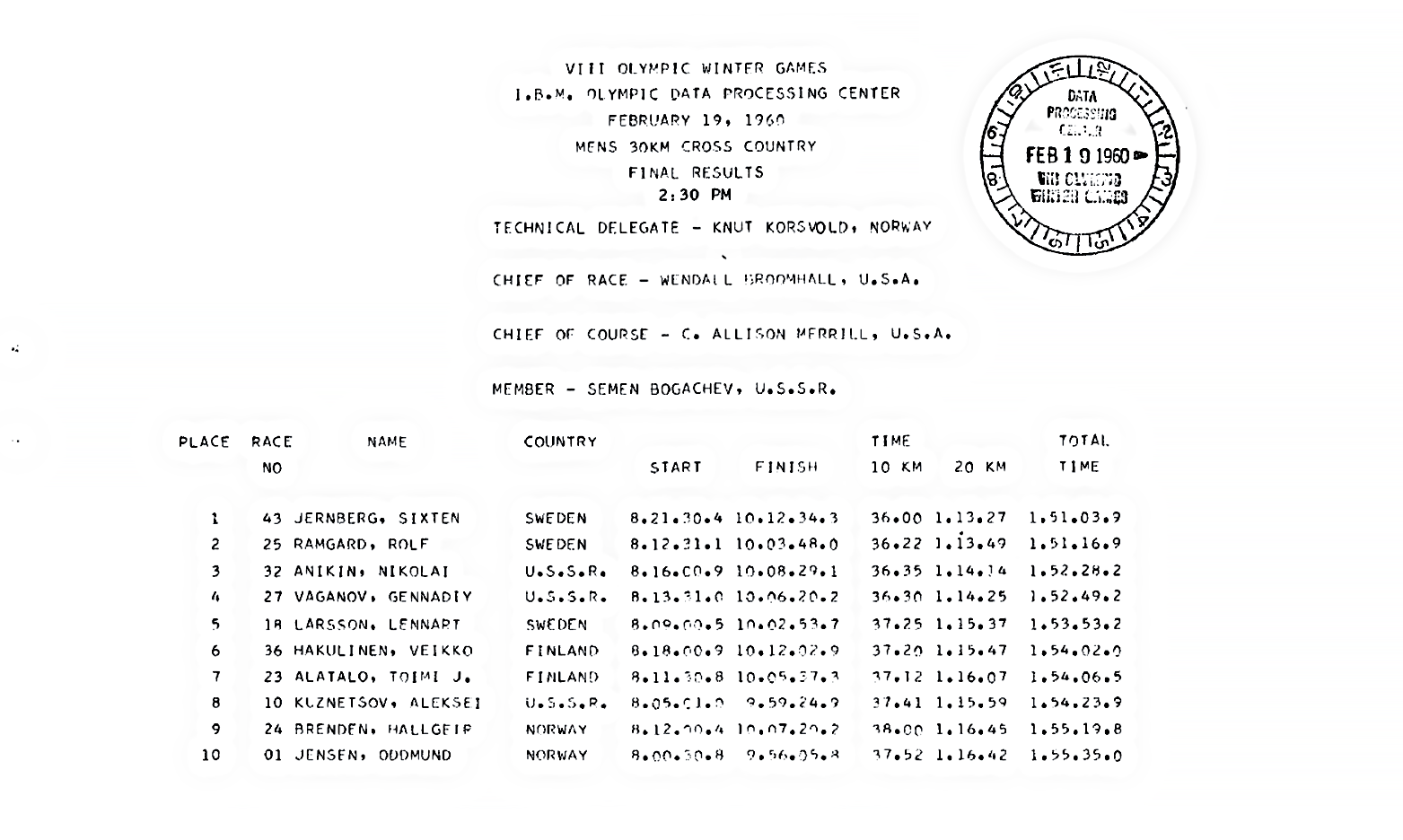 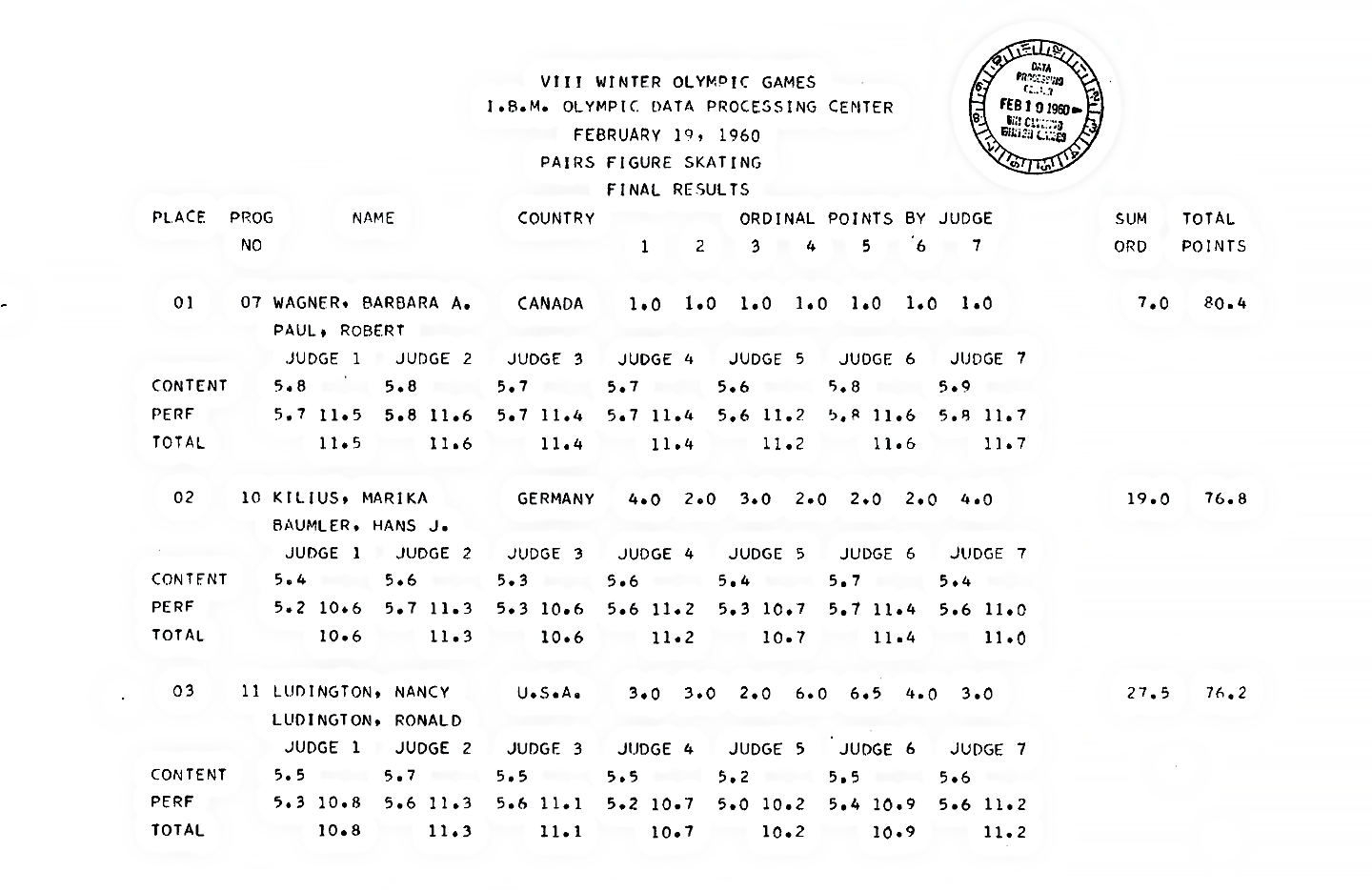 Sixten Jernberg, the sturdy son of Sweden, was the first gold medal winner of the VIII Olympic Winter Games, when he captured the 30-kilometer race on February 19. Jernberg, colorful in his all-white uniform, flashed across the finish line in 1:51:03.9, exactly 13 seconds ahead of his Swedish teammate, Rolf Ramgard, who won the second place silver medal, who was 68 seconds ahead of U.S.S.R racer Nikoli Anikin who won the bronze medal.

As was the case at Cortina in 1956, American athletes were most prominent in the figure skating competition. Closest rivals to the Americans were representatives from Canada. On the first day of competition, the Canadian pairs team of Barbara A. Wagner and Robert Paul gave an almost flawless performance to earn a gold medal. Very few Americans had ever seen such stylish skating, and Miss Wagner and Paul were extremely popular winners. Marika Kilius and Hans J. Baumler of Germany placed second in pairs figure skating, and Nancy and Ronald Ludington of the United States captured third place honors and bronze medals.