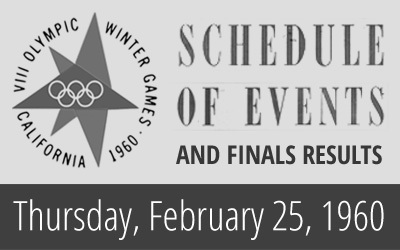 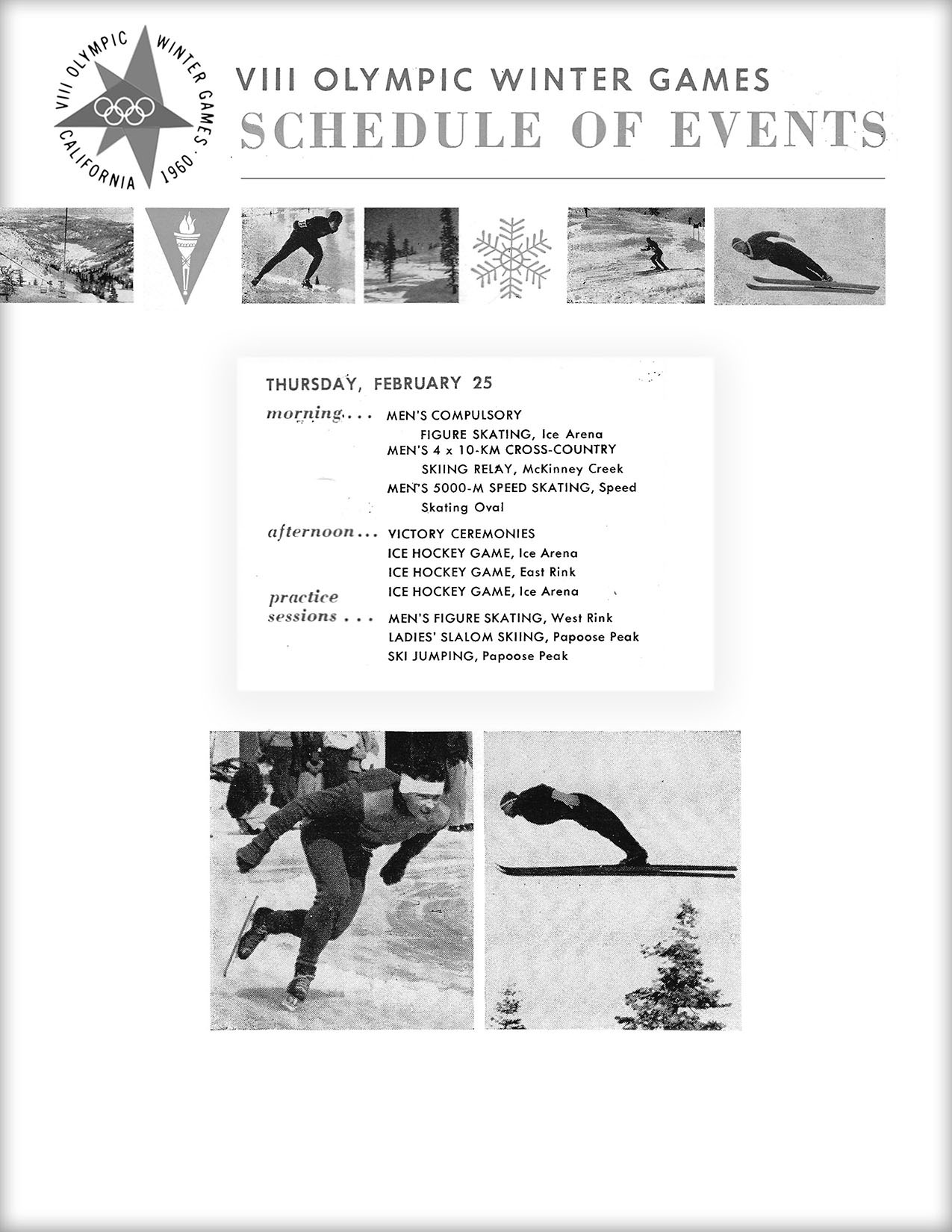 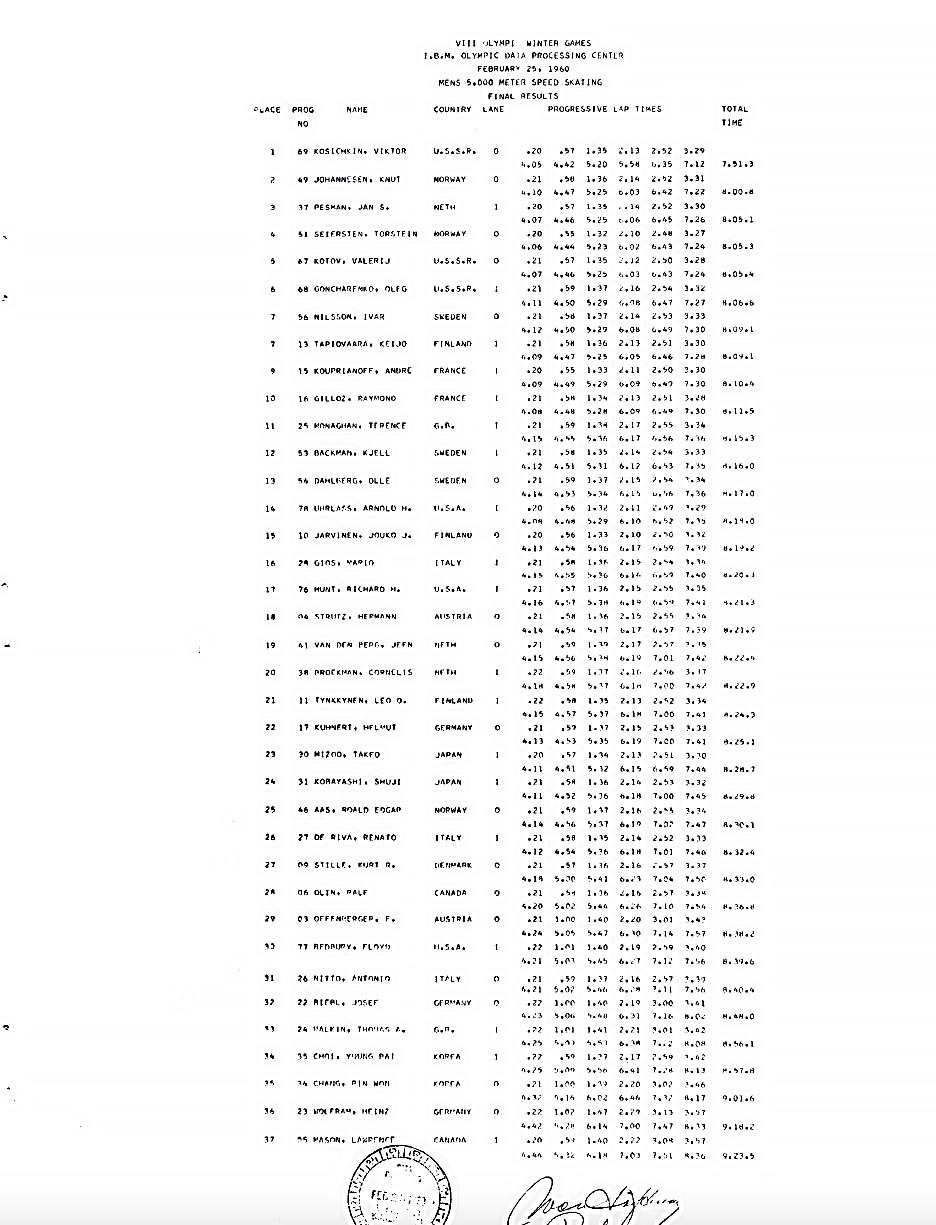 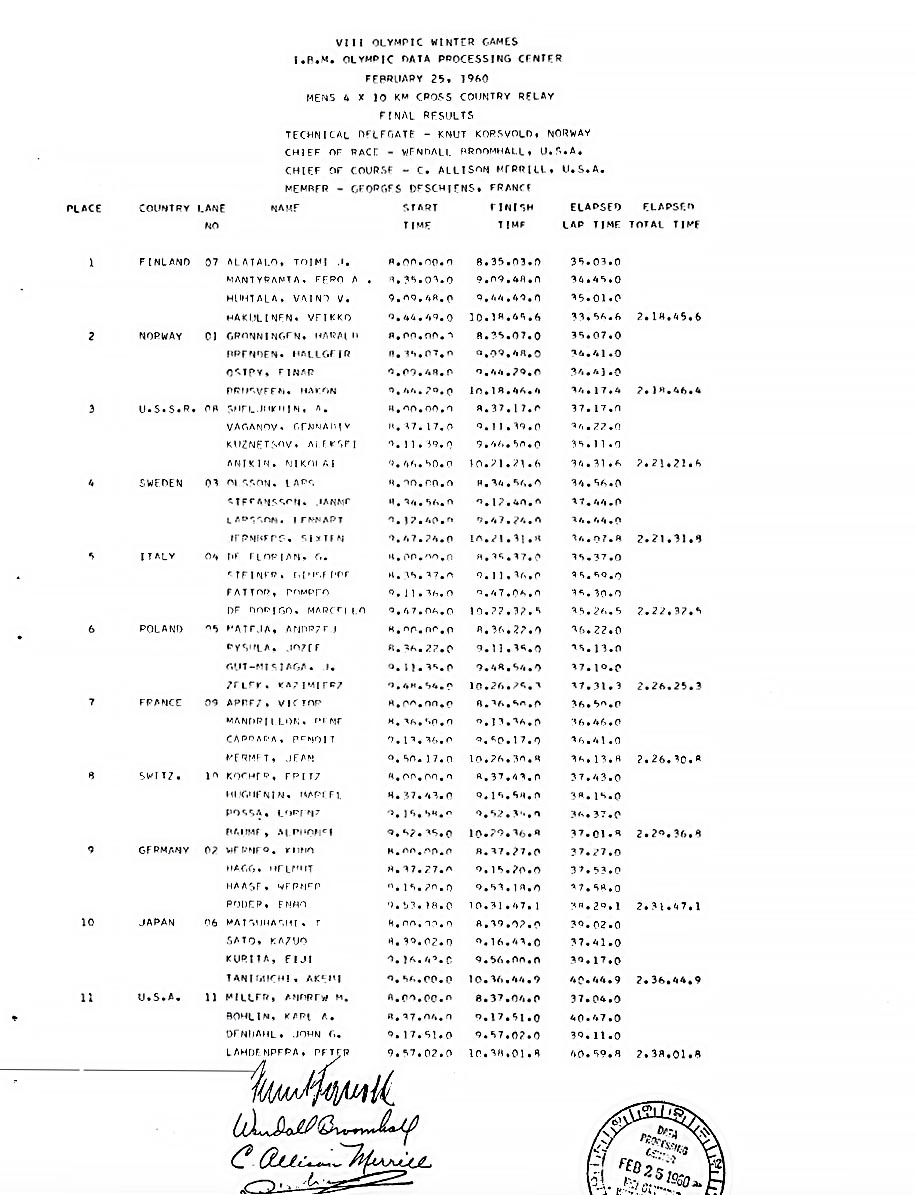 In the 4 x 10 kilometer cross country relay, Finland’s Veikko Hakulinen thrilled the spectators. He started the last leg of the race trailing Norway’s Brusveen, the 15-kilometer winner. Since Brusveen had shown such outstanding ability in the shorter race, he appeared a sure winner in the relay. But Hakulinen came through with a superhuman effort to overtake his Norwegian rival within sight of the spectators near the finish line to earn a thunderous ovation. The indomitable Hakulinen had finally won his gold medal. Other members of the Finnish team, in order, were Toimi J. Alatalo, Eero A. Mantyranta and Vaino V. Huhtala.

Another U.S.S.R. representative who skated brilliantly at Squaw Valley was Viktor Kosichkin, who placed first in the 5,000-meter race and second in the 10,000-meter event. Perhaps the greatest speed skating star of the Games was Knut Johannesen of Norway, who finished second to Kosichkin at 5000 meters and set an unbelievable new world record in the 10,000-meter race. Jan Pesman of the Netherlands finished 3rd for the bronze medal.