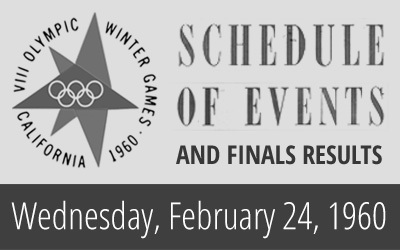 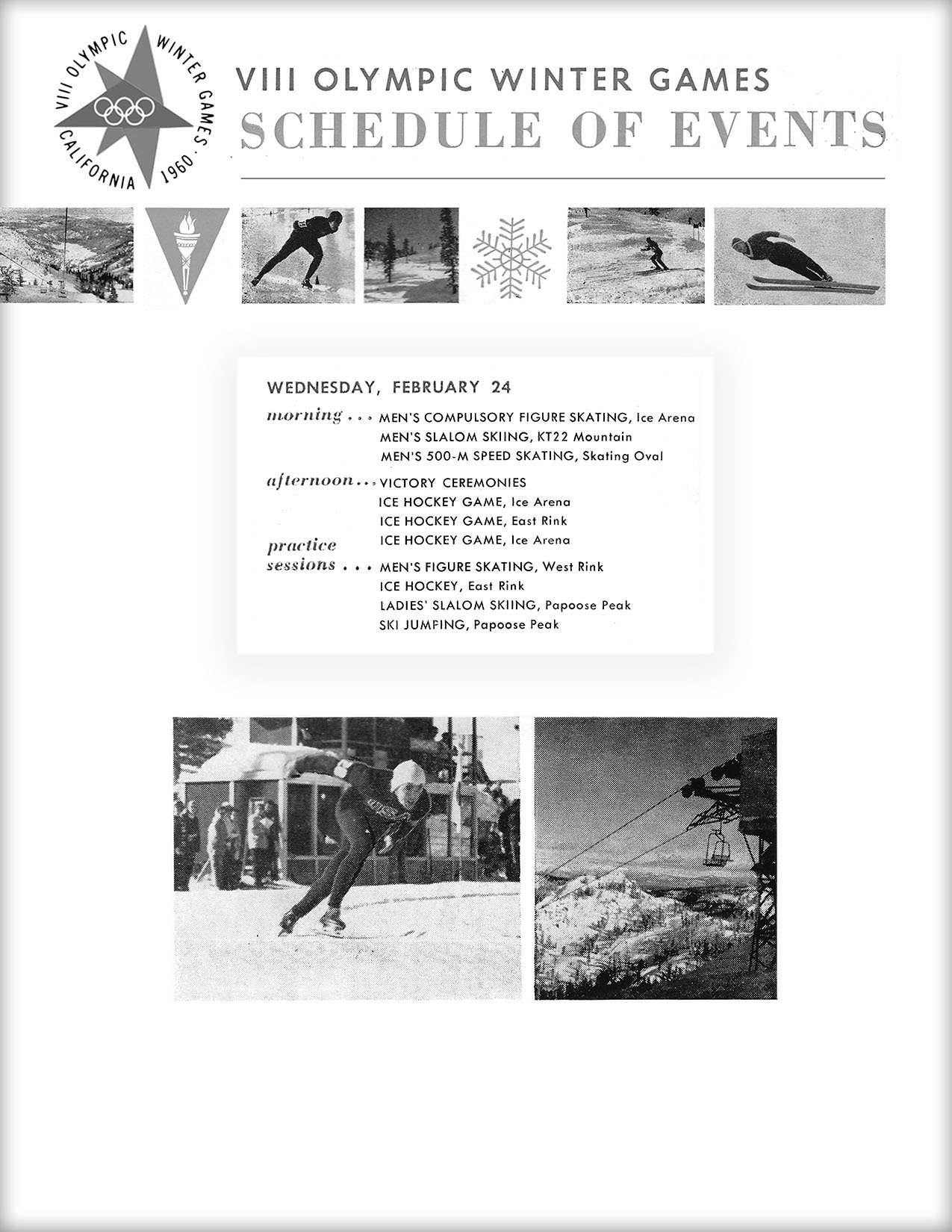 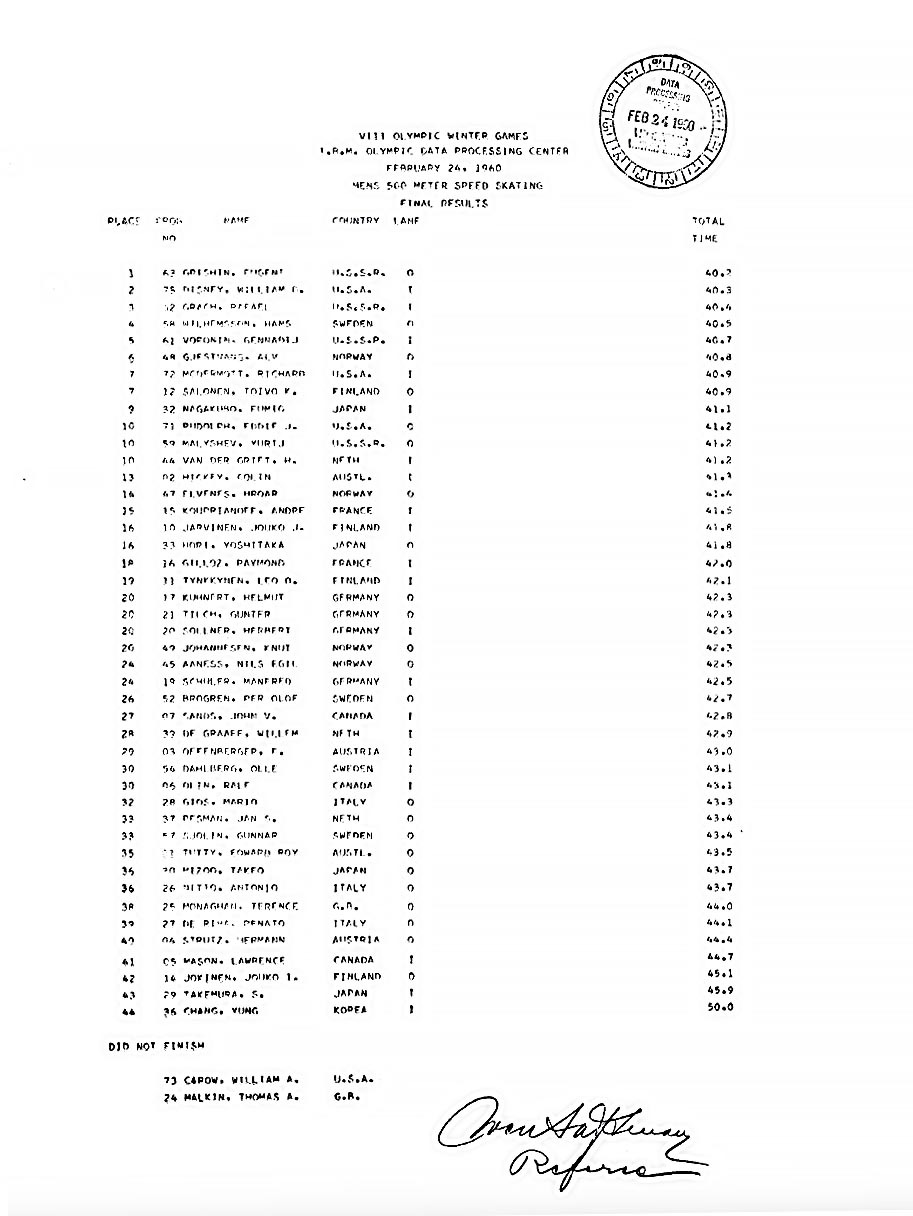 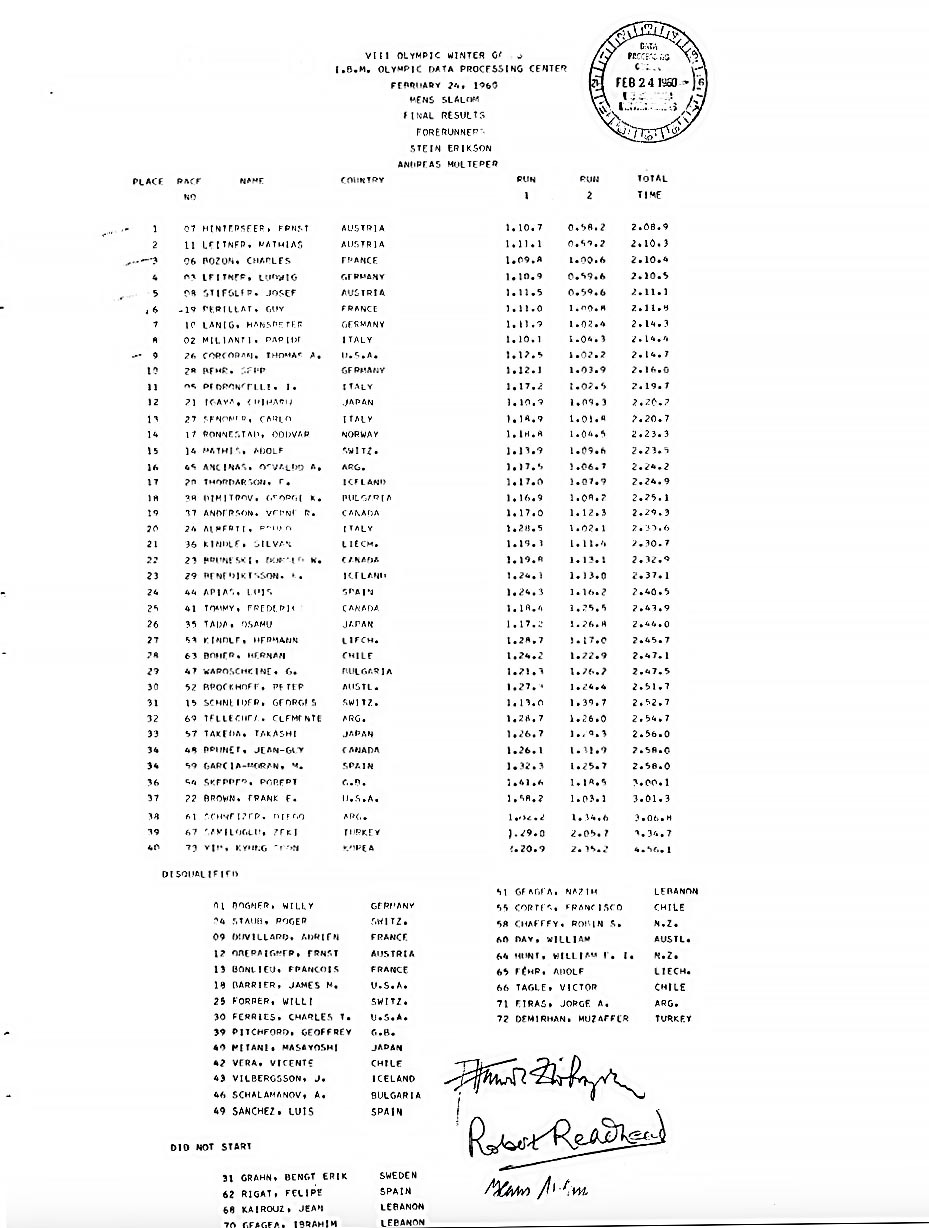 The U.S.S.R., which had dominated the speed skating competition in the 1956 Games at Cortina, continued to display great power in the events at Squaw Valley. Russia’s two greatest stars in speed skating were Eugeni Grishin and Lidija Skoblikova. Grishin successfully defended the 500-meter title he won at Cortina in 1956. He tied the world record of 40.2 at Squaw Valley, barely edging William D Disney of the United States by one tenth of a second.

After finishing 3rd in the Giant Slalom, Ernst Hinterseer of Austria came back to earn a gold medal in the men’s slalom with a total time of 2:08.9. He was followed by teammate Mathias Leitner, whose total clocking was 2:10.3, and Charles Bozon of France, who came home in 2:10.4. Bozon led after the first run, but Hinterseer out-sped all of his rivals on the final run.