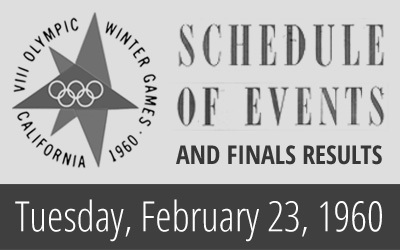 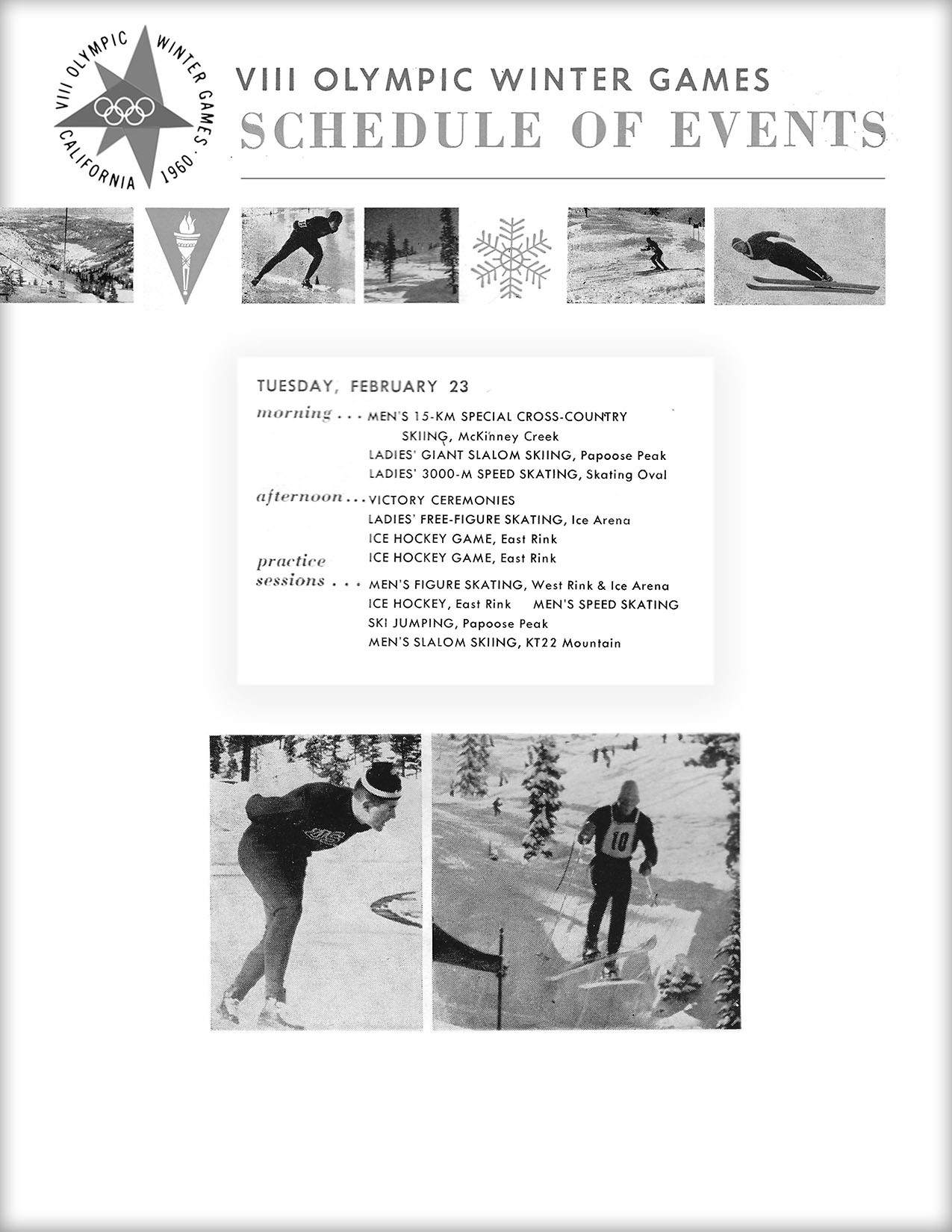 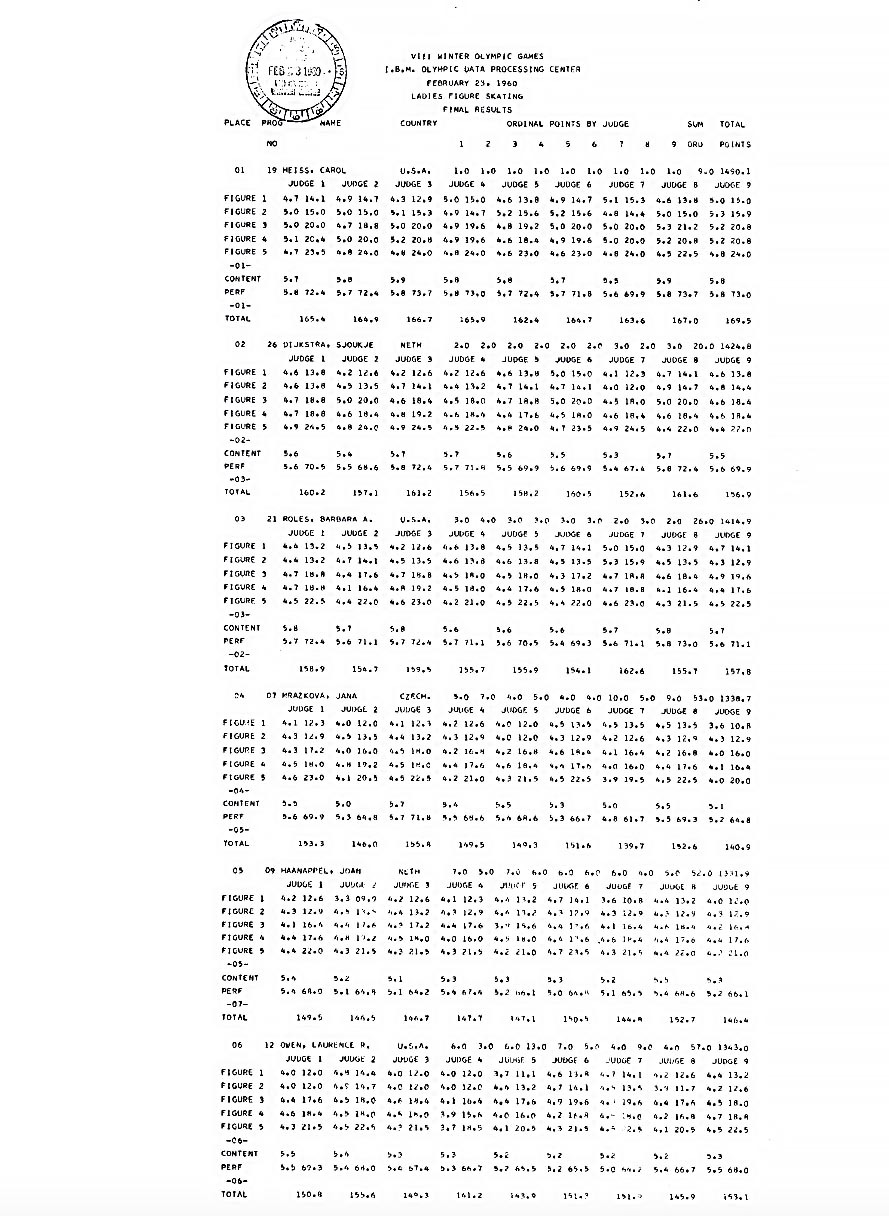 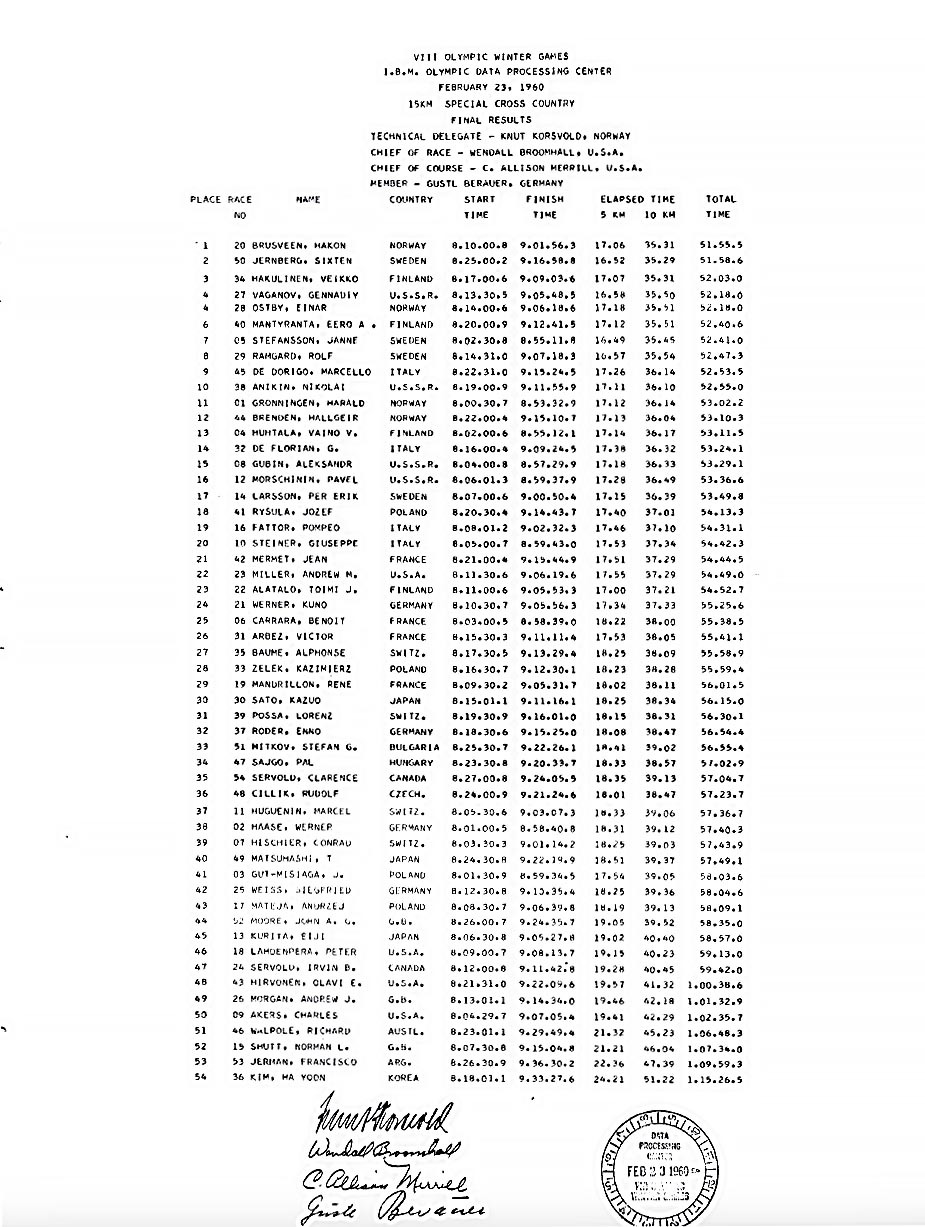 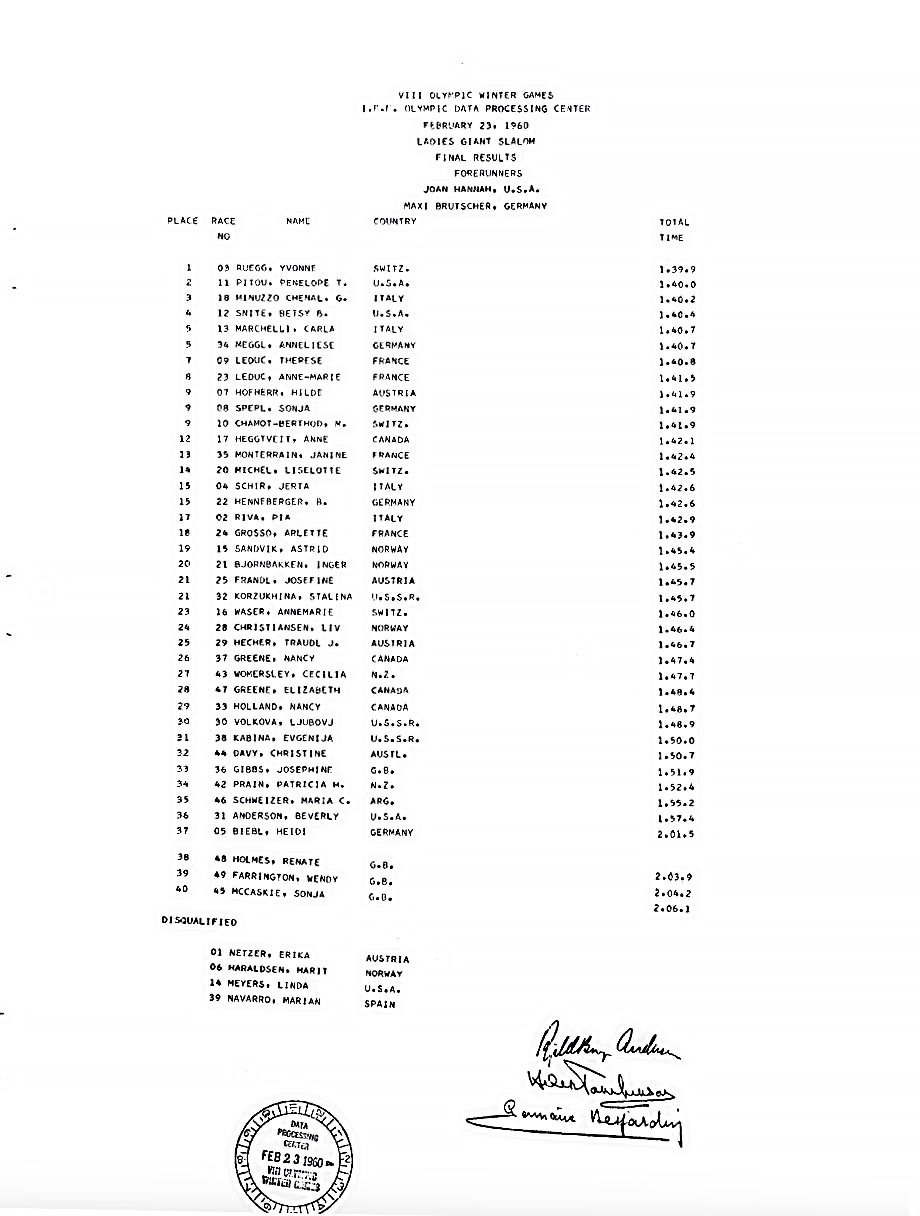 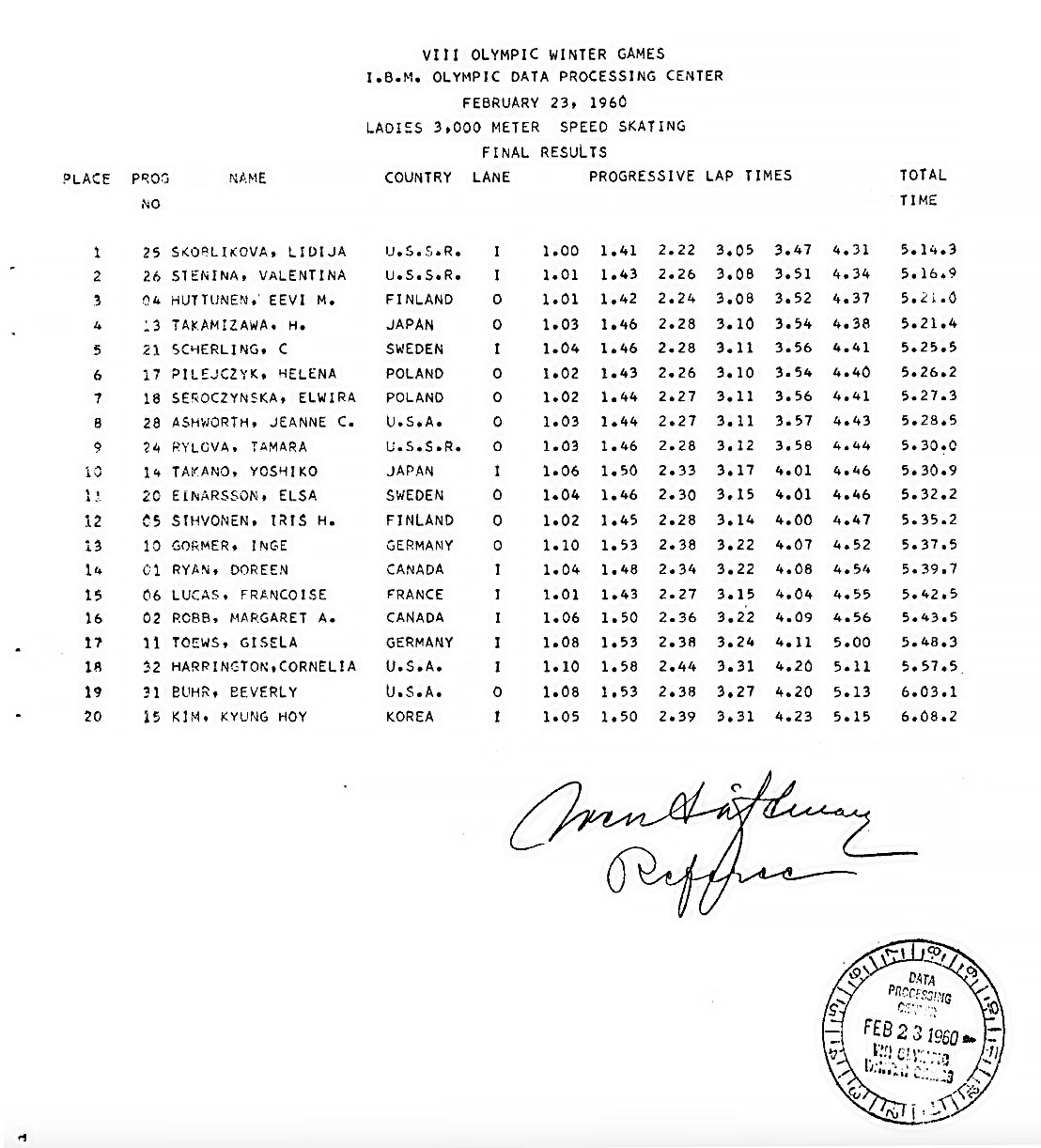 The U.S.S.R., which had dominated the speed skating competition in the 1956 Games at Cortina, continued to display great power in the events at Squaw Valley. Lidija Skoblikova of U.S.S.R. won gold medals in both the 1500 and 3000 meter races and finished fourth in the 1000 meter event. Teammate Valentina Stenina finished second, and Eevi M. Huttenen of Finland finished third for the bronze medal.

Yvonne Ruegg of Switzerland barely edged Miss Pitou of the United States in the ladies’ giant slalom, returning with a 1:39.9 clocking compared to Penny’s 1:40.0. Third place went to Chenal Minuzzo of Italy, whose time was 1:40.2.

America’s first gold medal of the Games was won on February 23, when 20-year-old Carol Heiss from Ozone, N. Y., thrilled the crowd with a breathtaking set of free figures. Miss Heiss placed second in the 1956 Games at Cortina but led from beginning to end in the Squaw Valley competition. Miss Heiss was followed, in order, by Sjoukje Dijkstra of the Netherlands and Barbara Ann Roles of the United States. Since Miss Heiss announced her retirement after the competition, Miss Dijkstra and Miss Roles, both teenagers, figure to battle for top honors at Innsbruck in 1964.

The cross-country ski races were held at McKinney Creek, approximately 12 miles south of Squaw Valley on Highway 89. The start and finish area was only about 1000 feet off the highway and easily accessible. These events and the biathlon were the only ones not held at Squaw Valley. Hakon Brusveen of Norway placed first, Sixten Jernberg of Sweden finished second, and Veikko Hakulinen of Finland finished third.