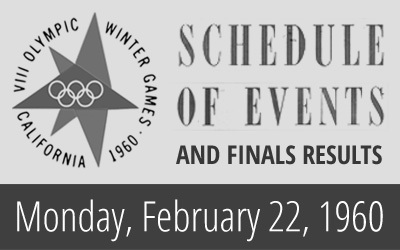 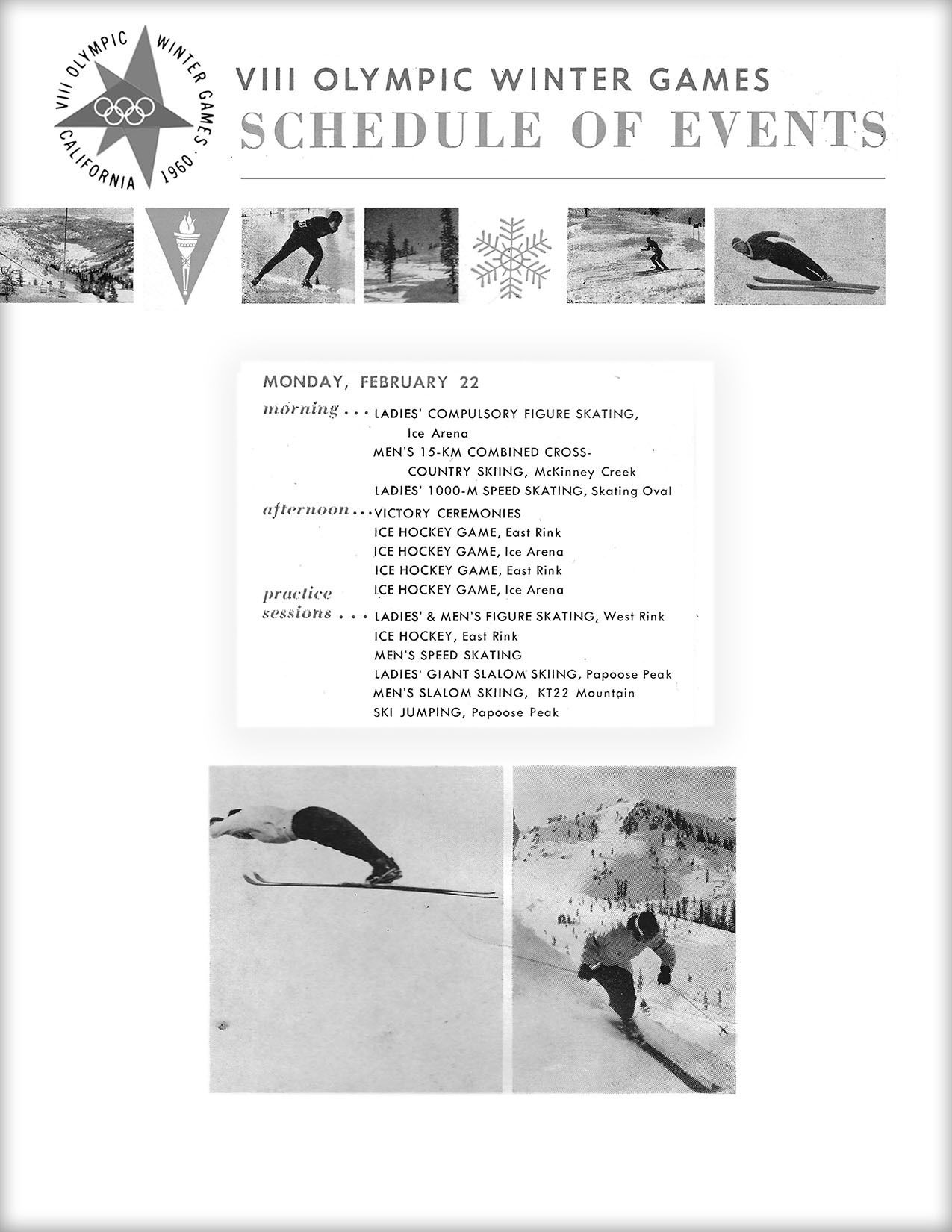 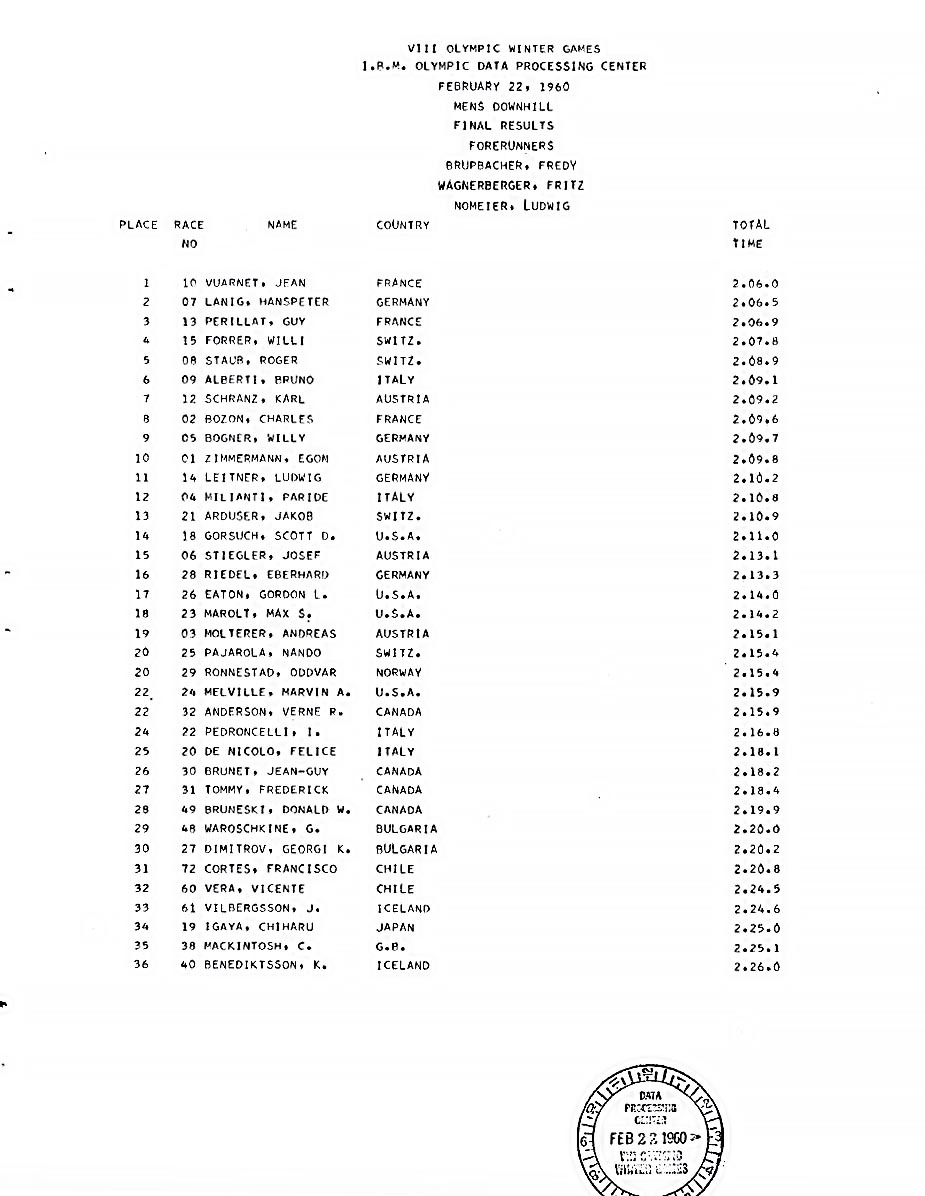 France entered the winners’ circle in the person of Jean Vuarnet, men’s downhill champion. He earned his gold medal on the strength of a 2:06.0 clocking. Hanspeter Lanig of Germany finished second at 2:06.5, and Guy Perillat won third place honors with a time of 2:06.9.

The Nordic Combined event, which is a combination of 15-kilometer cross-country racing and 60-meter jumping, was won by Georg Thoma of Germany. He won the event mainly on his jumping ability, as he gathered 221.5 points, more than any of his rivals, in that phase of the competition. He also was the third best racer in the competition.